HomeA tribute to Sandile Dikeni: A child of the Karoo. Beacon of the oppressed. Poet of the people

A tribute to Sandile Dikeni: A child of the Karoo. Beacon of the oppressed. Poet of the people 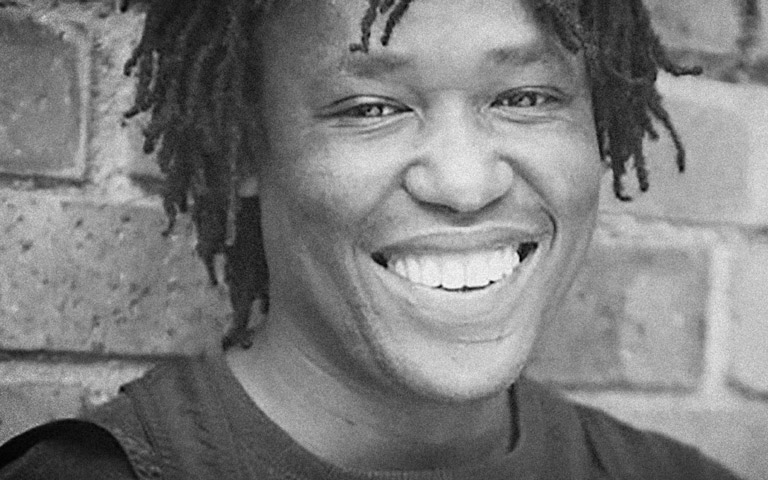 South Africa has lost a literary disrupter, political activist and an ardent beacon of love, power, hope and truth. Sandile Dikeni passed away on Sunday, 10 November 2019. He was celebrated for being a prominent storyteller whose familiarity with racism, poverty and exclusion enabled him to use his words as ammunition to speak against the behemoth that was the apartheid regime.

Born in Victoria West, in the Karoo, Sandile was a Fellow of the inaugural class of the Africa Leadership Initiative and, as expressed by Ruby Marks in the Daily Maverick, he was a “poet and wordsmith who reflected the zeitgeist of our anti-apartheid struggle, who went on to write about our difficult transition into democracy while working for the Truth and Reconciliation Commission, and bore witness to all that remained and still has to be resolved…”

Both Sandile’s father and grandmother were victims of apartheid. In a 1996 article by Mark Gevisser, he recounted the story of how “his father…was falsely accused during apartheid of poisoning the tiny settlement’s water supply and then was imprisoned and tortured before his release into a community that was split in two because of it,” and spoke of how his grandmother “was burned to death by ‘comrades’ who set fire to her because she spoke her mind”.

Sandile carried the intergenerational pain of apartheid in his veins with grace and a determination to undo the damage done not only to his own psyche but also to that of South Africa.

Sandile was a prolific writer and editor, whose intensity was evident in everything that he penned and proclaimed. He was well known for his role as the arts editor at the Cape Times and the political editor at This Day SA. He authored three anthologies, which included the critically acclaimed Guava Juice (Mayibuye Books, 1992), which was followed by Telegraph to the Sky (UKZN Press, 2001) and Planting Water (UKZN Press, 2007).

Sandile has left an indelible mark on the hearts, minds and souls of many South Africans who were moved by how he poignantly and fearlessly captured South Africa’s transition into the democracy and the state the nation finds itself in today. He will be remembered for the love he had for his country and the impact he had on the lives of many South Africans, young and old.

Lala ngoxolo, Sandile. Your love for justice and passion for your country will never be forgotten.

Love Poem for my Country by Sandile Dikeni