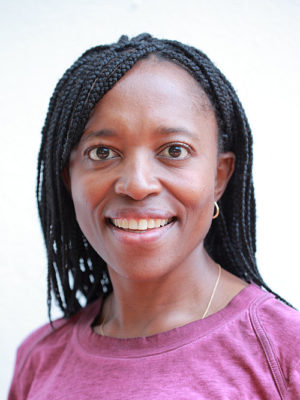 Grathel Motau is the chief executive officer at Mmoni Advisory Services, an organization that specializes in capital raising, based in Johannesburg. She was previously an audit partner at KPMG, where she served as a lead engagement partner for several key clients including Eskom Group and Merafe Resources. She has held various management and advisory roles at organizations that include Blue IQ Investments, National Treasury of South Africa and Industrial Development Corporation.

She is a commissioner of the International Trade Administration Commission of South Africa, a non-executive director (NED) of Metair Investments Limited, EOH Holdings Limited and Vodacom Insurance Company and a non-executive member of the First Rand Wholesale Credit Committee.

Grathel has co-authored articles that have been published in the Sunday Independent newspaper, focusing on socio-economic issues. She is a Chartered Accountant and also holds a Master in Philosophy in Development Finance from Stellenbosch University.

Grathel is a Fellow of the tenth class of the Africa Leadership Initiative – South Africa and a member of the Aspen Global Leadership Network.