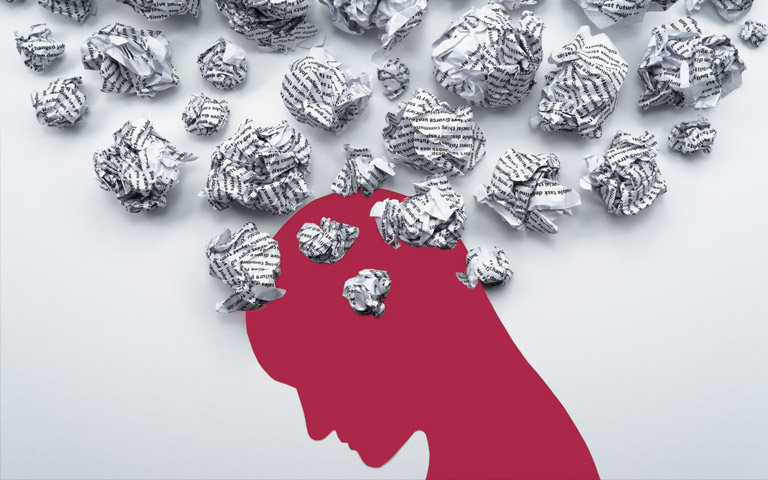 Covid-19 has hit education hard. In an already fragile system, teachers, pupils and managers were all impacted negatively by the State of Disaster lockdown. The re-opening has been, if anything, worse, with contradictory messaging, union action, the trauma of infection hotspot suspicions, and crushing socio-economic disparities compounding fear, anger and frustration.

In the formal education world, leadership has failed to show consideration for, or even an understanding of, the dimension of mental wellness in education. Government intervention, which is essential for achieving scale, has been inadequately resourced.

How is broader society responding to the desperate need, and how can we amplify that response in support of all who are waving and drowning? This was the subject explored in a Dialogue convened by the African Leadership Initiative. Ralph Freese facilitated the conversation among leading thinkers and practitioners in the field of education and psycho-social wellness, including ALI Fellow Nomfundo Mogapi, psychologist and ED of the Centre for the Study of Violence and Reconciliation; Mary Metcalf, educationist and former DG of the Department of Higher Education and Training; and Deva Govender of the National Education Development Trust.

Even before Covid-19, Nomfundo pointed out, the mental health community had noted the looming crisis. The high level of unresolved wounding and trauma was impacting at a developmental level, including at schools; dysfunction was hurting learners, teachers and leaders. Covid-19 simply exacerbated existing fault lines in a fragile system. “We are now talking about mental illness as the shadow pandemic to Covid-19,” said Nomfundo.

She pointed out the downward spiral of social and the human capital, already eroded by the historical context, now spiralling further in the pandemic, less and less able to answer the crisis. In this situation, the wounded become the wounding, and psycho-social health becomes an ever less likely dream.

Deva put figures to it: if we assume 20 people in a family, he said, the trajectory of the pandemic indicates that more than 3-million South Africans will be affected by illness or by death.

And that’s just the virus itself. Millions have already been affected by loss of employment, growing poverty, and hunger. And millions more who have so far escaped lightly, know it may be coming soon to their own doorways.

What is to be done?

THERE IS MORE WORK BEING DONE THAN WE KNOW ABOUT

A striking observation arising in the Dialogue is that a great deal of work on pyscho-social health in education – more than most were aware of – is underway. That represents both a challenge and an opportunity: it is in understanding the landscape of responses, and in connecting those dots, that the work of all might be amplified. Integration is critical. For the Dialogue was unanimous that while there is no single answer to the psycho-social crisis in education, partnering and  collaboration should be at the heart of the response. To become more than the sum of their parts, responder organisations need to bring good leadership, share materials and lessons with one other, and leverage resources.

Driving this process is the Mental Wellness Initiative (MWI). Nomfundo introduced this as “a consortium of mental wellness, development and systems collaboration practitioners partnering to deliver mental wellness at the core of development priorities and activities in South Africa and beyond”. In her description of MWI’s work, she articulated the challenges with which the consortium wrestles:

The challenge of scaling was also explicit in Mary’s introduction to the work of PILO. This organisation – most active in KwaZulu Natal, but also active in the Free State and, with an emphasis on curriculum, in Gauteng – focuses on testing what can work at scale.

Amongst PILO’s initiatives is research intending to surface:

PILO is also developing guidelines for schools on psycho-social support strategies and collaboration – including identification of needs requiring expertise outside the school’s capacity and the role of parents.

HOW DO WE SCALE?

Mary stressed that collaboration was at the heart of scaling. There’s a distinct methodology, to scaling, she said, focused on locating responsibility where it belongs, which is among those who must deliver. PILO’s work has thus been to empower officials while PILO itself plays a support role, and focuses on maximising collaboration.

In many areas, she observed, there is “magical thinking” – talking  does not mean that something has been done or achieved; support ratios reflect historic deficits and are hopelessly inadequate. PILO’s work now, she said, may be focused by Covid-19, but is long-term in nature.

Deva extended the conversation: what, he asked is  the national comprehensive, integrated and resourced plan? How do we provide community-wide PPS? What is the quick-wins plan?

He articulated a framework for community-level PSS which has five streams:

In the conversation that followed the main presentations, this community-wide approach was echoed by Anthony Meyers, Director of Psycho-Social Support for the Gauteng Department of Education: mental wellness needs a systems response, he said, “and it’s everyone’s business”. Within schools, PSS needs to be integrated into curriculum and classrooms. “If it’s not embedded, it’s not happening.” Members of his teams variously reiterated the department’s dependency on partnerships; and a new focus on rapid response and trauma services.

THE LANDSCAPE OF THE WILLING

Other contributors to the conversation included Craig Gibbs of Jet Education Services who emphasised the priority of needs-based, trauma-focused work, with the wellness of individuals foremost; and Jeanine Ward of the International Association for Community Development who spoke about the wisdom of asset-based citizen-led intervention, a philosophy that builds partnerships from the perspective of a community’s assets rather than its needs.

She was echoed by Nikki Raw of the Saville Foundation which strongly supports inside-out work and who noted the tension between the urgency of the Covid 19 response and the need to hold patience. Together with Anne McLennan, the three highlighted what Ralph referred to as the double-edged sword of the clear need for scaling in work conducted primarily face-to-face – the dilemma of needing to focus on both big and small at the same time.

Nontle Ralph, do we know who she is spoke passionately about the price the PSS community pays for its disjointedness. It is very difficult, she said, to know who to speak to – and her hope was for an articulation of the network that would pave the way for effective collaboration, allowing the community to operate systemically. “There are so many people willing and able to contribute,” added Johan Olwagen of the University of Pretoria. “How we pull this together and address it in a systemic way is what will make the difference.”

Encouragingly, a MWI survey* conducted among attendees of the Dialogue, completed by an indicative 18 respondees, indicated that two thirds were available to collaborate as project implementing partners, and more than half saw their organisations as playing the role of relationship catalyst or networking partner.

Agreeing that a collaborative, partner-based approach to mental wellness is the way forward, both urgently and in the long term, Mary acknowledged that building this is a supreme challenge, which will need financial resources, time and energy. There were, however, immediate-term urgent projects where support was needed.

Perhaps these urgent projects are a starting point for prototyping newly systemic ways of working.

“We have no choice but to be ambitious,” said Nomfundo.

* To participate in the survey, which will help to map the sector and facilitate collaboration, click here.