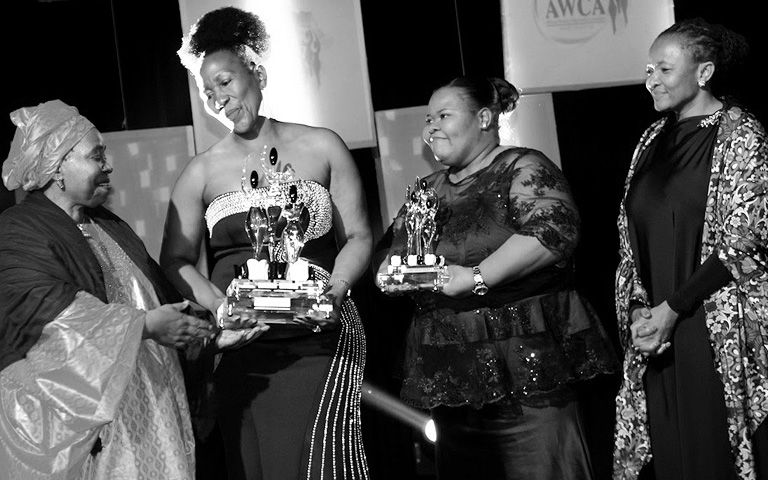 AWCA works to advance the interests of qualified and aspiring African female CA’s across South Africa. The forum is led by Lesego Sennelo (Class X: XSeed) who is the President of AWCA, a qualified Chartered Accountant, and a proud ALI Fellow.

From rising as a leading force of AWCA to championing a programme aimed at equipping young women for governance roles in corporate boards, Lesego Sennelo has exemplified the true substance of woman leadership.

“‘Woman of Substance’ honours influential ground breaking females who have not only geared change in their respective fields but also for women on the continent in general. This is just one of the many ways we aim to recognise great female leaders, and encourage and inspire young women to believe it is possible to fill their shoes. We’re quite excited and keen to announce this year’s recipient at the official ceremony in August” — Lesego Sennelo

Last week, Lesego Sennelo oversaw the success of the 2017 Woman of Substance. The annual flagship event began in 2005 with a sole purpose of honouring South Africa’s most exceptional women achievers.

As with every year, the event awards a woman who:

The past recipients of this prestigious award include the likes of Adv Thulisile Madonsela, Dr Phumzile Mlambo-Ngcuka, Dr Nkosazana Dlamini-Zuma, as well as Ms Nonkululeko Gobodo among others.

Moreover, the event serves as a fundraising platform for the AWCA Bursary Fund, which assists previously disadvantaged individuals who want to become CA’s.

This year, on the 6th of August, the ceremony welcomed more than 300 guests to mark the 15th annual conference in celebration of women achievers. The event was opened by the Queen Mother of The Royal Bafokeng Nation, Dr Semane Bonolo Molotlegi.

The day saw an interesting discussion on relevant topics ranging from the 4th Industrial revolution to Women and Health. The programme also included notable guest speakers, amongst which, were:

In the height of the evening, the 2017 Woman of Substance Award went to Dr Thandi Ndlovu who is the founder of Motheo Construction Group, one of South Africa’s biggest black female-owned construction enterprises.

Lesego Sennelo (Class X: XSeed) mentioned Ndlovu as an individual who has worked towards breaking down stereotypes to broaden the possibility of opportunities for black women in strategic areas of business.

“I love challenges, but this award makes me feel a little bit scared about how I am going to carry this. It is such a huge responsibility because of the women who have come before me,” — Thandi Ndlovu.

Other winners on the night were:

Minister of Arts and Culture Nathi Mthethwa was also among the distinguished delegates who came to honour great women within the field of chartered accountants and entrepreneurship.

With all said, the Africa Leadership Initiative wishes all the women of South Africa a Happy Women’s Month!