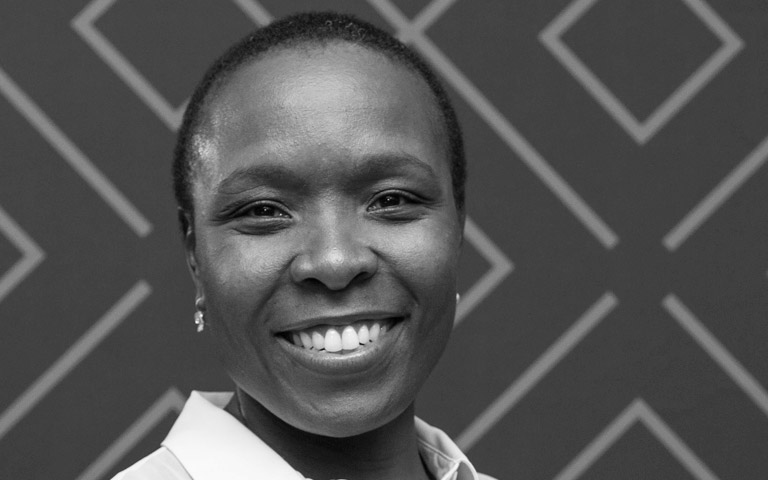 “Three bankers who are shaping how banking will look in the next five years,”reads an article in the latest issue of the Forbes Africa magazine.

“One runs the new kid on the block; the other a bank that has risen from the ashes; the third is spearheading a traditional bank’s transformation in 11 African countries. A glimpse into the future of banking…”

The banker who is running the “new kid on the block” is Sandile Shabalala of TymeBank; the one overseeing banking transformation in 11 African countries is Peter Matlare of Absa; and the one running the bank that has “risen from the ashes” is ALI’s Basani Maluleke, who is overseeing the rebirth of African Bank after it went into administration in 2014.

In the Forbes Africa piece, Basani’s  vision for the bank of the future is exciting, even with a relatively contracted 5-year lens. The bank of the future is based on data, she says; it has cracked the banking Holy Grail of a single view of the customer, and it’s become “invisible”. Basani explains this concept as banking that is “…the glue that holds everything that you do together without you having to deliberately go and log into this thing and move on…”

It works for us! “Globally, banks have entered the struggle for relevance with consumers. Fintechs and increasing competition from non-traditional banks, has forced incumbent banks to rethink their business models and to invest in becoming more customer-centric to drive greater customer loyalty. While there is no question that the incumbent banks have significant fire-power given the size of their balance sheets, infrastructure and customer numbers, new entrants have agility, low cost structures, cutting edge technology and a hunger to succeed, on their side.  The clear winner in this struggle of the banks for relevance, is consumers. Consumers are already benefiting from lower bank fees, more choice, more rewards and more functionality. As for which banks will win as competition intensifies, my money is on the banks with the greatest agility and responsiveness to changing customer needs.”, says Basani.

“Since emerging from curatorship, African Bank has been on a journey to reinvent itself and earn back the trust of it stakeholders, including employees and consumers. We have made significant progress in this regard as evidenced by the diversification of our product offering as well as the consistent growth in our profitability and improvement in the quality of our loan book. The Bank is in a very different place from where it was before curatorship and management is committed to progressively transforming the organisation so we can win in this struggle of the banks for relevance with consumers.”