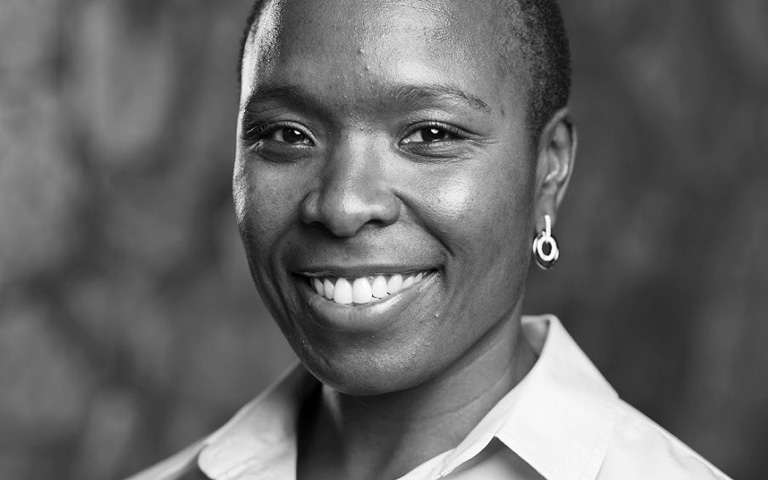 ALI SA Fellow Basani Maluleke of Class IX: Tariro, is in the running for African Bank CEO. Not only that; she may very well be the first black female bank CEO on South African shores.

As Brian Riley’s tenure as the current African Bank CEO comes to an end, South Africa may be ushering in the first black-and-female bank CEO. The “good bank”, as African Bank is affectionately known, has put her forward as their recommendation to succeed Riley when he steps down at the end of March 2018. “Maluleke was identified earlier in the year and was appointed onto the executive team on 3 July 2017. The process of inducting Basani has been underway over the past few months. Basani has been a board member of the African Bank Group since July 2015 (African Bank Press Release).” Regarding her nomination, she told Business Day, “I’ve been part of the creation of the strategy, I like the business, I understand it and want to make a meaningful contribution.”

Basani Maluleke boasts an extensive résumé, having served on the board of directors at various companies and possessing qualifications that rival academics and business elites. She is an admitted attorney of the high court with a BCom LLB (UCT) and an MBA from Kellogg School of Management. Her financial services experience spans over ten years with various companies. She has worked for Edward Nathan Friedland, FirstRand’s Rand Merchant Bank (RMB) division, where she and her team planned and executed a Sasol Limited transaction worth R25 billion, as well as its FNB division.

Before joining African Bank as an executive in July, Basani was an executive director at Transcend Capital, a corporate financial business specialising in B-BBEE ownership. Basani is the founder of Get me to Graduation NPC, which is a non-profit organisation established to fund the subsistence needs of students in the tertiary education system in South Africa. Also, a trustee of the Click Foundation, a distributor of an online solution for teaching children to read, Basani’s legal and business acumen makes her adequately qualified for the probable position of African Bank CEO. We wish her all the best.