How Bruce Robertson is Transforming Livelihoods in Uganda 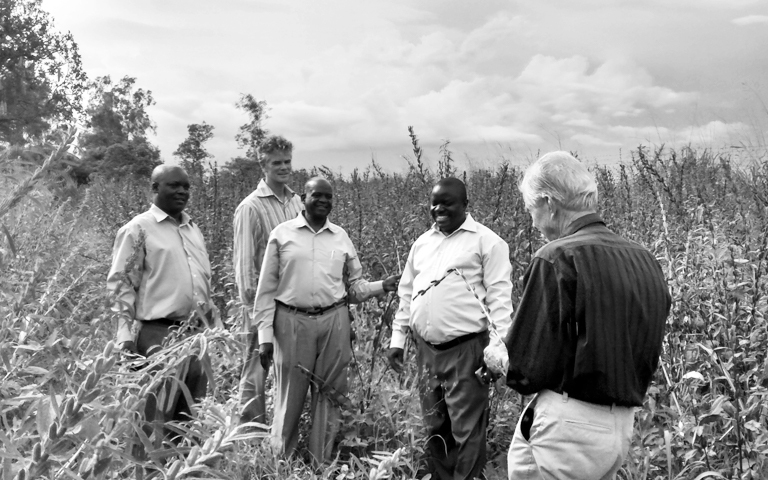 In the early 50’s, cotton was Uganda’s second highest cash crop contributing close to 25% of its total agricultural exports. Sadly, by the 1970’s (during the reign of Idi Amin) the figure had descended to 3% and the government was growing pessimistic in reviving the industry.

As time passed, most farmers abandoned cotton and turned to other crops, mainly due to the labour-intensive demands of producing cotton, as well as the lack of crop-finance programmes in Uganda. Farmers also blamed a weak marketing system that was not conducive to the growth of the industry.

Fortunately, the industry showed a slight improvement in the late 1980’s as the government invested efforts in cotton infrastructure and began to increase producer prices.

However, the production of cotton did not return to its glory days, and the rise of Joseph Kony (A rebel leader who sought to destabilise the country) put a dent into the industry’s progress.

In 2008, Uganda rose from the disastrous terror of Joseph Kony. Farmers began returning to their homes for the first time in decades, but they now faced a new challenge of reconstructing their lives as subsistence farmers, especially in an area which has been ruined by war, had fewer roads, and poor telecommunication networks.

A year later, our very own Bruce Robertson (Class 1: Inaugural Class) who is the CEO of Gulu Agricultural Development Company (GADC) saw an opportunity to work with the Ugandan Government and rehabilitate the cotton industry, and in so doing, reviving the livelihood of farmers and their communities — starting in Northern Uganda.

The company acquired the control of the COO-ROM ginnery in Gulu to establish agricultural buying and value-addition operations, which saw rapid growth since then.

In 2014, due to some of the agricultural challenges in the area, GADC (which is a private company) launched a non-profiting and costly farmer-training programme to assist 60 000 farmers in Northern Uganda.

Throughout its endeavour, GADC did not do the farming itself. However, its aim is to support and buy crops from small holder farmers.

But the challenge was this; although sesame and cotton production infrastructures and processing facilities were available, there was one critical barrier:

The programme trains Field officers and Lead farmers in best agronomic practices which include new methods of ploughing, namely:

The programme also conducts field days during planting season. A field day is when the theory translates into practical manners, and farmers get to put their ‘hands to the plough’ based on the training they’ve received. The training is also supplemented by video tutorials distributed through motorbikes across the region.

In addition to the great work, GADC also helped set up Local Seed Business (LSB’s) across the district to counter the chronic problem of poor-quality seed in the area.

To date, GADC has helped 87,000 smallholder farmers, enabling them to become subsistence farmers and to reach income-generating markets.

Through the training programme; 80,000 Northern-Ugandan farmers are, today, certified as organic growers. They receive a price premium of more than 20% for their cotton and sesame crops. The programme has also increased the incomes of smallholder farmers by around 35%.

The Africa Leadership Initiative has always aimed to cultivate African Leaders into enlightened and values-based social heroes who can lead with integrity and help shape their African communities with the task of creating the ‘good society’.

It is always an honour when one of our Fellows serves as an agent of transformation.

By rebuilding the cotton ecosystem which so many smallholder farmers depend on, Bruce Robertson has undoubtedly acted as a catalyst for the economic recovery of Northern Uganda.