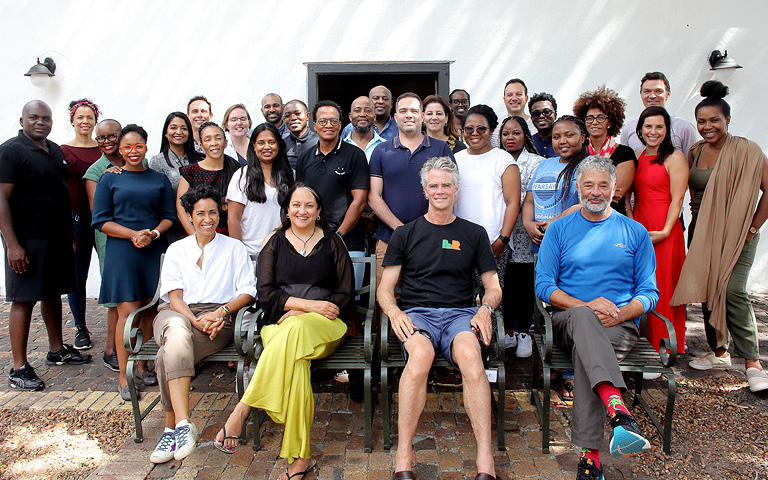 Class 13 was the first ALI cohort to meet each other on Zoom. We feared this would mute their enthusiasm or dilute their class chemistry. Yet, they burst on to the ALI scene with enviable energy, expressing strong opinions on all readings, calling for extra sessions, and bombarding the moderators with questions.

This a class of strong characters, tempered by wise voices. They showed an early determination to bolster their delight in each other’s company and committed to make an impact in our troubled times.

The selection process had weaved its magic, bringing together the startling combination of a professor in Maths Education, a media editor, a black industrialist, a conversation strategist (yes, you read that correctly), an investment guru, an advisor to ultra-wealthy philanthropists and the customary array of impressive business and NGO leaders. And Ralph had clearly forewarned them sufficiently of the need to do their readings – or they were at least smart enough to make it appear that way …

The Gandhi film excerpt provided the springboard to examine ways in which great leaders have faced up to apparently insurmountable challenges. It retains its inspirational message of the impact a leader can have against huge odds, but contemporary fellows view its 1980’s provenance through new lenses and ask questions of its implied attitudes to race and gender. These questions carried through into many of the readings and fellows requested an additional session on gender. Class 12 had a similar experience, adding a session on race to the curriculum.

Jean Monnet’s Memoirs felt eerily relevant to today’s world, with their description of the threat of war in Europe and the need to “make a breach in the ramparts of national sovereignty”, and his diary record stating “whichever way we turn, in the present world situation we see nothing but deadlock”. Fellows were challenged by his ability to achieve high impact, not through his own position, but through others in power. And of course, those long, solitary walks in which he “puts his idea in front of him, talks to it, and then decides” were referred to with amusement and reverence throughout the seminar.

Machiavelli, too, resonated with fellows, 600 years after dispensing his career-saving advice to local politicians. His claim that “it appears to me more proper to go to the real truth of the matter than to its imagination” and the assertion that “it may be said of men in general that they are ungrateful, voluble dissembles, anxious to avoid danger, and covetous of gain” invoked nods around the table, apt council for today’s princes and princesses.

And Kirsten Downey’s ability to reach across the political divide, to work with people both personally and politically odious to her, set the class trying to work out ways to breach ramparts in today’s world.

As always, Martin Luther King’s words brought a lump to the throat of the fellows chosen to read them out:

To read those words, written by an incarcerated leader younger than all of us around the table, was inspirational. The question for Class 13 was, as for all other classes, inspirational to what effect?