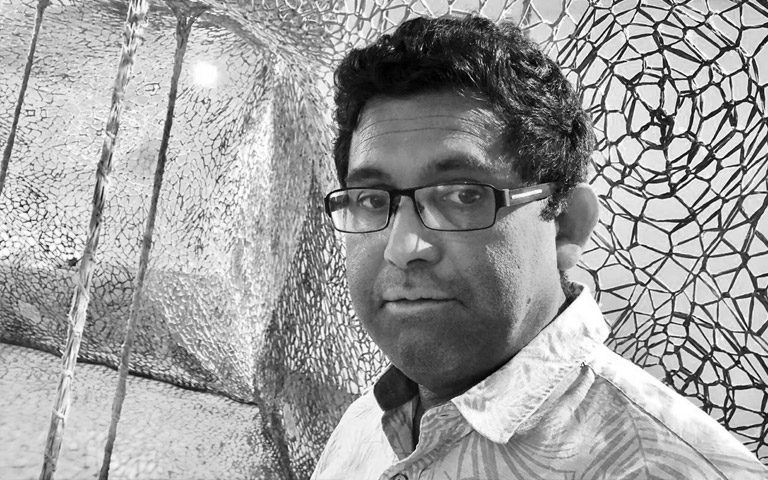 2020 was a year in which natural phenomena shocked the globe in many ways. If we didn’t fully appreciate the economic imperative of addressing climate change before, we do now. And Africa is at the end of the queue for global support in terms of climate initiatives: of the total global ±$720 bn philanthropy spend, $5/6bn goes to climate space; and of that just 1% comes to Africa.

The coronavirus, naturally, grabbed the most headlines in 2020. But also wildfires unprecedented in their scale in ferocity swept through Australia, creating what has been described as the worst wildlife disaster in modern history. California also is currently in the midst of the largest wildfire season in its own history; the 2020 Atlantic hurricane season was the worst in nearly 170 years; China experienced its worst flooding in decades; and much of the world has been battling prolonged droughts, with more to come. What farmers grow, and the rhythms of their farming practices, is in disarray globally.

We know beyond doubt that human activity is a significant driver of the climate change that, in turn, is driving these phenomena.
In the last Zoom Dialogue of the year late in November, Saliem Fakir, Executive Director of the African Climate Foundation (ACF), led the conversation about the actions that are needed. In summary, he said, if governments, industry and individuals are able to go beyond their individual interests to cooperate, this could be the foundation of a new model for civilisation.

Africa potentially has a leadership role to play in this: the impacts of climate change on our continent constitute an international vulnerability around which we may be able to coalesce and together seek cooperation between the US, EU and China.

Individually, there are some bright spots in these superpowers: President-elect Joe Biden is already starting to shape a new climate policy for the US; the EU’s Green Deal and China’s commitment to carbon neutrality by 2026 are important and achievable goals. As Africa observes these developments and similar initiatives that have emerged in the middle powers such as Japan and Korea, there are clear lessons about how we conduct agriculture and design our urban environments. We need to position ourselves well for when those who are pushing the green agenda become more forceful and demanding.

By “we”, Saliem means Africa as a whole; ACF is committed to enabling Africa to negotiate as a bloc, just as the EU can. When collective foreign policy reflects the understanding that climate change is a geopolitical issue which requires a strong multilateral position we will have taken the first steps in addressing the asymmetry with trading partners on the key resources that are required for an improved social and economic model.

That, commented William Frater in the discussion that followed, is an interesting dimension of the conversation. A huge continent, Africa has 54 countries, multiple climatic / vegetation zones, and great culturally diversity. It also has a huge infrastructure deficit, and in many areas is encumbered by resource shortages. Building and developing the institutional strength to target the development will need is a massive investment.

Some of the mega-trends Saliem identified that are meaningful here: Ageing populations globally. Africa will have the fastest-growing population by 2100. We will thus have a youthful population in the context of a world which is ageing. This is a benefit if we can leverage it properly.
Requirements of tech tools. The technology wave is reliant on a few key minerals, such as lithium and cobalt. How might Africa become more than an exporter of raw materials and earn more from the value chain?
Energy system alternatives. Africa having little by way of legacy technology, has the benefit of not being trapped in that legacy as are more developed countries. Adopting a view that seeks to leverage this can allow us to leapfrog to a new energy future. Renewables, naturally, are type of tech system, more modular and tailored for African environments.
Deepening financial crisis. It is our challenge to find alternatives to lighten the burden.\

Faster urbanisation may be linked to stronger civic mobilisation, and stronger democracy. States which are burdened by the “resource curse”, for instance, need to seek more distributive systems.

In the conversation that followed, the role of civil society – including ALI-SA’s own role – was highlighted. Noting the difficulty of finding an entry point to the solution, Bongi Njobe proposed that if personal and community resilience was required to unlock civic activism, a core question is where we put our resources at this time. Redress at a systems level is one thing, she said; but it is society’s behaviour that will unlock the benefits of the system. One lever might lie in building agency at local level; another might be building organisational institutions (like farmers’ organisations) so their voice is less diluted. In order to understand what levers will work, one has to understand the context.

Adding to her point, Saliem pointed out the interdependencies between resilient societies – those which have strong social safety nets (healthcare, education, grants to unemployed, unemployment insurance, etc) and in which society has the freedom to engage politically – and climate resilience. “We don’t believe that ‘elites’ change without bottom-up pressure,” he added.

But, Ralph added, if we are to deliver through civil society. We have to be busy ourselves. ALI-SA Fellows have engaged broadly – practical work can be systemic as well as micro – in climate issues, such as in the management of energy transitions; and the exploration of regenerative agriculture.
While a pan-African climate-change bloc has appeal, it is local social issues that are experienced as most pressing, particularly around services (water, pollution, public transport). These will become more pertinent as urbanisation continues.

In wrapping up, Ralph noted that if we can build a vision, we can build hope. Our job, now, is to shift the narrative: to find ways to build this hope, this opportunity to build this new culture. He asked attendees to contribute ideas, and undertook that an ALI-SA working group would pick these up in the new year.