HomeClouds and silver linings: Reflections from the ALI COVID-19 dialogue 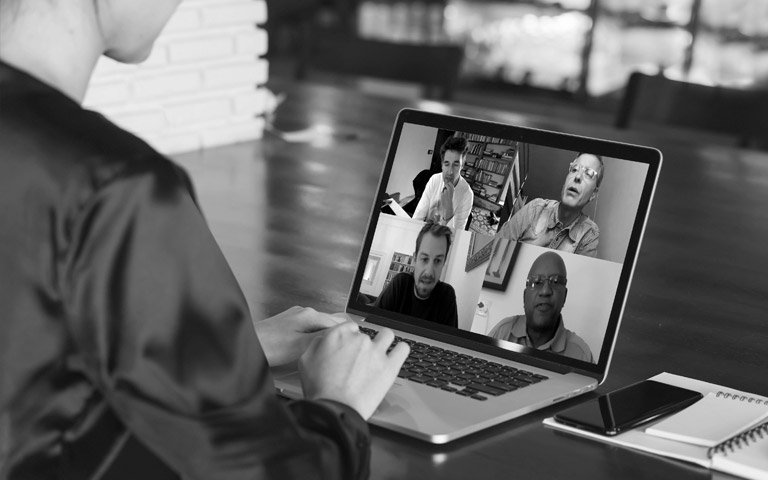 On the 30th day of South Africa’s lockdown, 91 ALI fellows and guests joined a virtual Dialogue centred on the socio-economic impact of the national shutdown. Our immediate future is, as we know, tumultuous and stormy indeed, but the speakers also identified some potential silver linings.

The dialogue was moderated by Ralph Freese, executive director of ALI South Africa. The panel included Adi Enthoven, chair of ALI’s Board and deputy of the Solidarity Fund; Simon Freemantle, head of the African political economy unit at Standard Bank; Percy Mahlathi of the Progressive Health Forum; and Lumkile Mondi, economist and Wits University lecturer. Contextualising the debate, Ralph said South Africa faces threats and opportunities we have never faced before, and invited the participants to share their perspectives on both.

Adi acknowledged the limitations of the Solidarity Fund’s potential contribution, in part due to its limited mandate; and in part because of the sheer scale of the crisis. However, his input was encouraging, linking the actions and activities of the Fund to a fresh expression of a South African social compact.

The Solidary Fund’s status indicates it has been both successful and effective. As of the end of the third week of April, with a target of R4bn to raise, an amount of over R2,6 billion had been pledged. Corporate and foundation donations made up the majority of this in value terms but, movingly, there were more than 76 000 smaller individual contributions.

Of the just under R1,7bn already in the bank, the great freedom and flexibility of the Solidarity Fund allowed it to move swiftly to meet urgent needs immediately, and R1,4bn had already been committed. This money was mostly spent on procuring PPEs – a critical need, as government has struggled with demand and supply chain disruptions. The Solidarity Fund had also paid for the doubling of testing capacity in the country, and it had partnered with government and national NGOs to arrange for emergency food help to 250 000 families nationwide.

Mindful of the likely escalation of tension, Adi stressed that the Fund was committed to transparency. It would publish its disbursement programme on its website weekly, he said.

He acknowledged the challenges of public education and behavioural change, and how these would change as time passed. From the stay-at-home message, the narrative had switched in part now to the morale of healthcare workers, and de-stigmatisation of testing. “As people start going back to work, there’ll be a new set of challenges. How we message around this is key.”

A different model of healthcare

A second silver-lining glimpse into a new social compact and a possible better future lay in in Percy’s opening statement. He turned the spotlight on to the health sector’s preparedness for the COVID-19 demand surge, and the solutions that might arise out of collaborations between the public and private sectors. Most private hospitals, he said, have ICUs that are running at between 20% and 30% of capacity. “There must be a way in which the private health sector can join hands with government to make a meaningful contribution in the fight against COVID-19.” There were, he added, six key principles the private sector would need to organise around to make this happen:

The Progressive Health Forum had put a document together spelling out how joint clinical governance of public and private sector might work. This document was due for discussion soon with the Minister of Health, and it included thinking about what practical, primary health care looks like in this model. It also addresses mitigation of financial losses by private practitioners and facilities.

This is also an opportunity, Percy said, for the country to crack some of the debates about the NHI beyond the perennial sticking point of funding.

A shift in the political and economic narratives

Speaking next, Simon acknowledged the devastation of the economic and fiscal impact of COVID-19. South Africa currently predicts growth of -5% or worse – some suggestions were that we are looking at -7%  –  and a multi-year recovery, premised to some extent on the global recovery. Pent-up demand may make up for some manufacturing losses, but many will suffer irreparable loss.

The government’s undertaking of a R500bn relief package held its own fears. But, Simon pointed out the State is not actually borrowing much of the R500bn package – R200bn is a loan system, which will be repaid, for instance; R130bn is reprioritisation of existing budget; R70bn is tax relief; and the R100bn difference comes from various sources, some of which are not repayable.

It’s further evidence of the Presidency’s masterful response to the crisis and from a political perspective, Simon said, there are clear opportunities in four broad areas:

The silver lining of the political opportunity depends on a few determinants, however:

Jeremy Cronin, Simon concluded, commented in 2019 that we don’t need a new dawn, we need a new deal between business and government. “In the past week I have seen a seismic shift in investors’ willingness to engage with things like prescribed assets. Government needs to come forward on SOEs, fiscal consolidation, etc… and perhaps we have some movement at last.”

Movement is non-negotiable, Lumkile said. “This pandemic shows us the divisions we always knew but didn’t want to engage with – the middle class is alienated from the rest of the society. The response  has exposed how weak our institutions are in dealing with a big chunk of our society.”

With that in mind, when we talk about the post-COVID crisis, we should not be caught up in the efforts of what’s gone down – rather, we must focus on how this compact must address true and capable democracy.

Ayanda Ntsaluba, previous DDG of Health and currently the group executive director of Discovery, was asked to comment on the public health response. The government’s decisive action has allowed us to learn from global experience, he said, which will save many lives – for instance, the principle of decentralising the triage function to take pressure off hospitals; and creating facilities for people to self-isolate. This will soon matter very much: the latest modeling of COVID-19’s pattern in South Africa suggests a significant acceleration around June and July, with a peak in late-August or early September.

He also pointed out that as a result of our HIV and TB epidemics, we have a trained army of around 30 000 community health workers who understand infectious diseases. Properly equipped, they will be able to make a massive difference for many South Africans at this time.

However, like Percy, he indicated concern about supplies of PPEs, and coordination between the public and private health services. He echoed Percy’s warning that we do not yet have a full understanding of the virus and its disease; and that uncertainty bedevils planning.

There is also the matter of psychological wellbeing. Not nearly enough attention, Ayanda commented, has been given to this. For instance: funerals are a critical part of traditional culture – something that has been taken away by the lockdown, with unknown, but certainly far-reaching, consequences for those who have been unable to properly honour their dead.

When, in response to COVID, society was locked down, we took away from our poorest citizens the ability to work and feed themselves. For reasons of common humanity and to avoid hunger-driven unrest, the Government announced its relief packages. Though meaningful, this does not fill the financial hole in the pockets of many, and does not reach those not registered with the State. Amongst many simply untouched by this support are a high percentage of unemployed men between the ages of 15 and 50 who are not on any SASSA grant, 250 000 who are homeless, and many of the estimated 3-million foreign nationals.

This leaves at least 2 to 3 million people outside the “safety nets” provided by the State; people who are now reliant on humanitarian support from NGOs, churches and the like. If one assumes (a) a modest R500 of support per person, and (b) a conservative number of 2-million dependents, that’s a R1-billion gap. Our NGOs have never delivered like this before. The panel summed up by focusing on this. The challenge, said Adi, was how to include the voices of those who are always excluded from these conversations. And that, added Lumkile, includes an economy that includes all.

The pandemic crisis has shone a light on the problems we have, added Simon, but similarly, it has shone a light on the capacities we have to work together. The Zuma years did a lot of harm to the idea that we as a nation are able to do that. “Now is the time to throw the kitchen sink at the problem and change deeply ingrained problems.” This includes the health system, said Percy – how can we make it more effective?

Both from the speakers and in the comments feed, questions were raised concerning new solutions and the systemic changes needed, especially in economic governance and practice, as we build ourselves out of the pandemic catastrophe. Our social fabric is being mortally damaged – how will we repair it?

Little thought has been given as yet to solutions; and few practical solutions have been proposed. What is this “new” that we must craft? There is much work to be done.

More will be shared about work ALI and its Fellows are doing in due course.