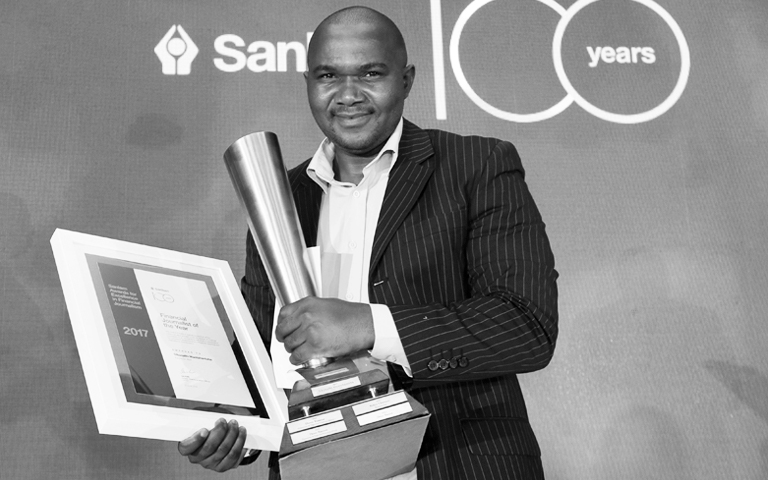 Class II ALI Media Fellow, Sikonathi Mantshantsha, deputy editor of Financial Mail, was recognised as the Sanlam Journalist of the Year 2017. Sikonathi also emerged as the winner of the Economy Category 2017, making him a twofold winner on the night! The awards took place last week Thursday, 21 June 2018 at Inanda, Johannesburg.

The Sanlam Awards for Excellence in Financial Journalism, honours financial journalists for their work. These awards have been recognising and rewarding exceptional business journalism since 1974 and have become prestigious and well sought-after awards for those in the Journalism fraternity. The categories are:

The Sanlam Journalist of the Yearaward is given to the individual who most significantly influences the way perceptions are formed through the media on financial matters in our country. Mantshantsha was recognised for his diligent efforts in exposing mismanagement and corruption at Eskom.

The panel of eight judges said of Sikonathi: ‘In a particularly contested space, the panel agreed this journalist was the most deserving winner – he made an extraordinary contribution as an individual and personifies what these awards stand for: excellence in financial journalism.’

Sikonathi is a qualified stockbroker and a graduate of the Management Advancement Programme at Wits Business School. He started his journalism career at Finweek and Fin24.com in 2005, before joining Bloomberg News briefly.

Again, from us the ALI family;  congratulations and well done Sikonathi!