HomeCongratulations to our own Bruce Robertson: 2017 McNulty Prize Laureate!

Congratulations to our own Bruce Robertson: 2017 McNulty Prize Laureate! 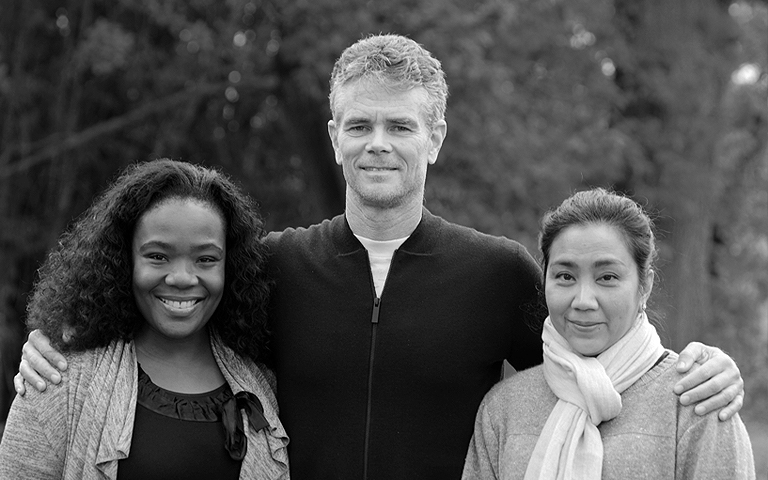 On July 29th, the Aspen Institute and the McNulty Foundation announced that ALI SA Board Member, Bruce Robertson has been named as one of the 2017 Laureates for the tenth annual John P. McNulty Prize.

Robertson is a Fellow of the inaugural class of the Africa Leadership Initiative-South Africa and a moderator for the Aspen Global Leadership Network.  His project TRAIL (Transforming Agriculture for Improved Livelihoods) focuses on rebuilding the region’s economy and the livelihoods of smallholder farmers through agronomy training, financial literacy, and access to markets and capital.

The McNulty Prize celebrates the boldness and impact of individuals who are using their exceptional leadership abilities, entrepreneurial spirit and private sector talents to address the world’s toughest challenges. The Prize is given annually to honour the visionary work of Fellows of the Aspen Global Leadership Network. A distinguished international jury, including former US Secretary of State Madeleine Albright, Ford Foundation President Darren Walker, Ugandan diplomat Olara Otunnu and development expert Brizio Biondi-Morra will select the 2017 winner.

“These individuals have each used their specific expertise and skills to build world-changing organisations; but what really unites them is that their ventures all put agency, opportunity, and self-determination in the hands of the individuals and communities they benefit,” said Anne Welsh McNulty, President of the John P. and Anne Welsh McNulty Foundation, and Trustee of the Aspen Institute.

Do you tweet? Follow @McNultyPrize and retweet the news. Join the conversation and congratulate Bruce by tweeting, using the hashtag #McNultyPrize, #LetIntegrityLead @AliLeadership.