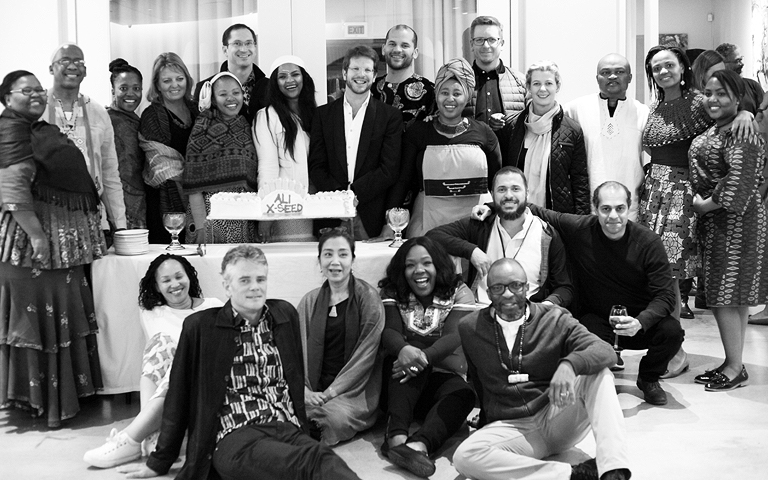 On the 24th of September 2017, the Africa Leadership Initiative graduated another cohort of exceeders, Class 10. The 10th class, impeccably self-named Class XSeed, concluded their fourth and final seminar (The Challenge of Leadership Seminar) at the Spier Wine Farm in Stellenbosch, South Africa.

The graduation ceremony was flanked by mostly Cape Town-based Fellows who came to witness the final endorsement of the XSeeders into the fellowship. Chairman, Adi Enthoven, supported by board member Sindi Mabaso- Koyana and acting Executive Director, Ann Lamont congratulated Class XSeed on their graduation and gave updates on the way forward, and the role of ALI in South Africa and the world at large.

Themed in line with South Africa’s Heritage Day celebrations, the evening turned out to be a night of great reflections coupled with “culturally” diverse conversations. The graduating Fellows opted to come clad in their traditional attires as a way to further acme their diversity. Xhosa, Igbo, and Tsonga traditional apparels were some of the cultures represented on the night.

Moderators to the class; Watanan Petersik, Tsakani Ratsela and Bruce Robertson, having walked the four-seminar journey with the class, read out heartfelt private and public prayers to each individual Fellow. The prayers spoke on the XSeeders’ strong points, areas of possible improvements and hopes for the future. The three moderators clearly stirred the Fellows to strength as they conveyed their respective journeys of success to significance.

The graduating class attested their joy, shared their seminar journey experiences and entertained those in attendance; they sang, danced and performed a hilarious replica of their seminar sessions moderated by Watanan. It was evident that strong bonds were formed as their performances were adorned by satire as the fellows repeatedly made fun of each other’s character traits.

After a toast to future successful endeavours and good health, dinner was served and the dance floor was opened to conclude the night. The evening ended with good music, forceful dance moves, and many group hugs and photos.

Welcome to the family Class XSeed!