HomeCongratulations to Fred Swaniker on receiving two accolades in one month!

Congratulations to Fred Swaniker on receiving two accolades in one month! 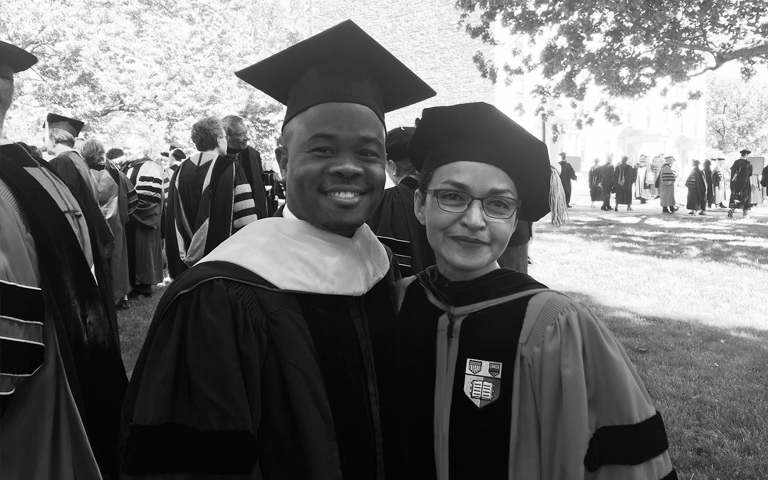 A few weeks back, Fred Swaniker was bestowed with an honorary doctorate from the Middlebury College in Vermont, USA. A similar honor from the Nelson Mandela University in South Africa was also awarded to Swaniker within the same month, garnering two doctorates in under a month.

As the Africa Leadership Initiative we’re honoured to have contributed to the enlightenment and development of such a great African leader.

Fred Swaniker expressed his gratitude and took to Facebook to share his untold story behind the accolades:

The untold story behind these accolades, however, is where my career first started.

My first job was at the age of 18 in a dusty little town called Selebi-Phikwe in Botswana. I had just graduated from high school and had almost a year to wait before I could go to college. So I approached one of the businessmen in our town to ask for a job. His company owned several businesses and he allowed me to rotate through 3 of them. For the first month, I was the assistant to an electrician. I carried his toolbox and went with him to fix things, handing him tools and cleaning up dust and wires after he was done. Then for the next month, I was an attendant in a hardware store. I stood on my feet the whole day, serving customers as they came in…