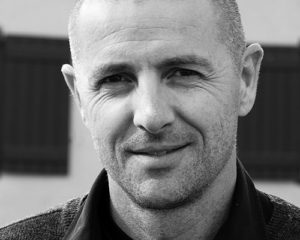 Looking at SA today, one is forced to think about the events in Jerusalem many thousands of weeks ago, writes Rev Alan Storey

What a week! What a tragically sad and terrifyingly disturbing week! A crucifying week!

A crucifying week, where justice, truth, integrity and trust stand pierced – if they stand at all. Virtues that some people gave up their lives to protect are given up to protect some people’s lives.

Power bent in on itself, rebounding. Ultimately and ironically a self-destructing power leaving its employers weak and vulnerable.

A crucifying week, littered with denials and deceptions. The illegal is named legal and the question “What is truth?” struggles to breathe among all the false testimonies.

A crucifying week, where principles are ignored to pay homage to corporate power, smoky deals and crowds are satisfied at the expense of conscience.

Gambling for garments as a green blanket once worn proudly lies soaked in blood. The innocent are traded for the guilty. Viva Barabbas, viva!

“Better for one man to die than to have the whole nation destroyed”. Or who cares about the country, as long as one man survives in political office…

A crucifying week, causing those sensitive to shifts in the balance of power to flip-flop over themselves. What is done is done in the name of state security – the name above all names – while the real threats to security (empty stomachs, unequal education and sick healthcare) remain unattended to.

A crucifying week, of doing to others as others have done to you, releasing the stench of political staleness as “Satan tries to cast out Satan”.

Keeping people silent under the threat of releasing their dirt. A politics of either arrogance or fear. Both parties abandon hope as they exist to save themselves.

A crucifying week, filling onlookers with despair – not knowing who to trust and what to believe anymore, as some of the most respected institutions lie stained.

The cornerstones of justice have become stumbling blocks of the same. Inquiries and commissions dawdle and delay, hoping the blood will dry and fade in time for the final report.

All cultivating a cynicism that pushes many to believe there is nothing anyone can do to change things. Because of secret hands and “washed hands”, some of us feel life is now out of our hands.

The world now beyond our reach to mend, we retreat, privatising our happiness behind bright blue walls of weeping.

Locking away our compassion from the beloved country that cries for economic freedom.

What a week! What a tragically sad and terrifyingly disturbing week! A crucifying week!

Is it difficult to know for sure what week I am referring to? Are we in South Africa, or many thousands of weeks ago in Jerusalem? So many of the same mechanisms of state and power are at play in both. Is this about JC or JZ? One letter can make a world of difference!

A world in which religion that should bring life is co-opted to validate the deathly deals of state … or just remain silent … opening Parliament with prayers of praise while looking forward to the meal afterwards … as the crucified crowds cry for salvation and delivery.

The Roman regime got a rude shock three days after the Friday they claimed victory. The truth got out. The stone that they thought would hide their deathly secrets forever was moved. How or by whom remains a bit of a mystery, but the consequences do not.

In seeking to bury the truth, those in power ended up digging their own grave.

Signals can be jammed but the truth never dies. There are always going to be whistle-blowers willing to pay the price to resurrect the truth one day. It may take three days. Or it may take more, but in the end the truth escapes to set us free.

Rise up truth-tellers and bring back to life the hopes and dreams of justice in our crucified country;

Rise up truth-tellers and recognise the injustices of our past;

Rise up truth-tellers and honour those who suffered for justice and freedom in our land;

Rise up truth-tellers and heal the divisions of the past;

Rise up truth-tellers and free the potential of each person in our land.

By Ralph Freese On Friday 26 August Minister Senzo Mchunu (Water and Sanitation) announced that his department would call for private sector help in securing and delivering water...

A provocation: So where to now?

The South African election of 1994 and the birth of our constitution in 1996 brought the promise of a de-racialised, democratic and wealthier future for all citizens. Democratic c...

The influence of colonialism driven by the so-called Western cannon of knowledge and power is pervasive and shapes global values, systems of governance, economic structures and cu...