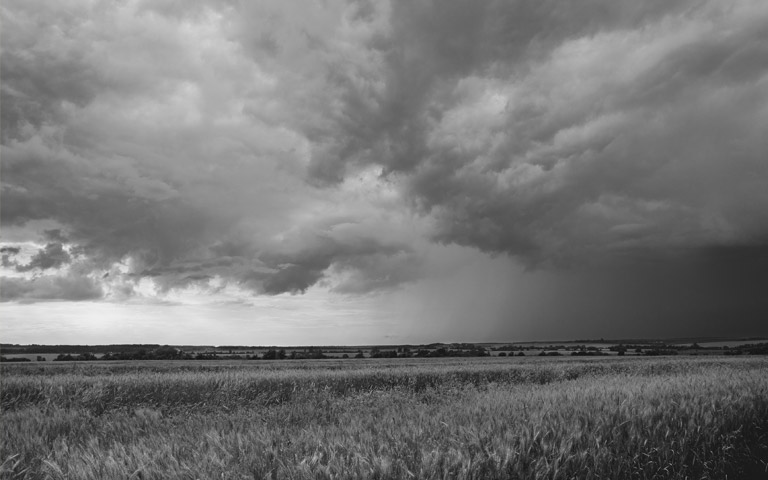 Eighty-one people joined a Zoom Dialogue in early March when a range of Fellows was invited to share their personal reflections on the state of the nation. It became abundantly clear that although there is the odd silver lining here and there, the dark clouds are mounting, leaving many feeling – if not helpless, certainly frustrated.

Let’s start with the few silver linings that shone through the conversation.

For all the tragedy and distress arising from the Covid-19 pandemic, dimensions of the response also gave cause for hope. South Africa exhibited some deft science-led management,  and in this, the partnership between government and the private sector has re-tooled a vital relationship for the 21st century. The great leadership of Gift of the Givers, in pandemic response and beyond, as a clear beacon of what is possible was identified.

To this was added the letter written by President Cyril Ramaphosa on the depoliticisation and professionalisation of the civil service. Many of the elements for a new way are contained in this thinking which is cause for optimism.

The conversation acknowledged Judge Zondo:“Zondo has done amazing work, staying strong in the face of incredible attacks. As journalists have been trying to publicise this information for years, his work is extraordinary.”

Hope is also in the energy, commitment and skills of the next generation

The ANC is locked in a power struggle for internal control of the party, with a clear prize being the protection of the winning faction from retribution. “The political system is almost feudal –  just over 5 000 members of the governing party hold the key not only to who will be the ANC president, but also the president of the country”. The question of whether the ANC’s best people find what they need to win that war remains moot, as does the ability of a divided ANC to remain in control of Parliament.

Consensus seemed to hold that the main opposition, the DA, has lost its way and will continue to decline.

The EFF, for its part, having won the support of only about 6% of voting-age South Africans, is seen more as a destructive populist/fascist threat than a future power broker.

What this adds up to is that the political options are looking poor. “Party politics today is a legacy of tricameral government, and we haven’t created a new range of parties suited to the circumstances,” Adi said. “All of them are defunct.”

It is widely thought that the next election will result in a coalition government that is likely to be more unstable, at least for the first term, as the players have little agreement in terms of ideology or programme.

A significant part of the Dialogue focused on the collapse of the State’s ability to carry out its function.

“No matter what we’re doing, we’re not getting the traction we should be getting, and in some respects are going backwards,” said Adi. “It is not feasible to address any of the huge social problems we have unless we address the dysfunctionality of the state”.

Within government, there are pockets of discipline and technical excellence, of course. But there is also a crisis of leadership and systems are often weak. This is particularly disappointing looking through the prism of our Constitutional vision of South Africa as a modern, forward-looking state.

Those tasked with managing departments are politically cowed, focused on the political rather than on social/economic imperatives – the power landscape being a case in point.

“When every forward-looking energy philosophy is leading to renewables, it feels like we’re being hocked to an outdated model, with reference to the State’s commitment to coal-fired power stations and continued attraction to corrupted nuclear. Transport is another such example. It’s been 20 years since we’ve recognised the need to move freight from the road back to rail and damage to road infrastructure grows steadily.”

There is generalised malaise at multiple levels as evidenced by the abject failures of many municipalities to deliver water and manage waste; and our poorly conceptualised and directed education practices.

“The collapse of public education is the grandest collapse of the post-apartheid years. There is no white monopoly capital that stopped us from inventing the best education system. Simply, we are catastrophically governed.”

The government is not oblivious to the crisis. The budget focus on building a competent state was encouraging. “But there is no point in deploying resources to infrastructure-led development, relying on the private sector, unless it is supported by a competent public sector.”

“The threat of a failed state should keep every thinking person awake at night searching for solutions.”

Very high levels of hunger and desperation existed before COVID. These have been worsened by the economic consequences of our approach to lockdown. It is estimated that almost two million more people lost their jobs or part of their income with catastrophic consequences to many communities.

A different focus to deploying our human and financial capital for the creation of more dispersed wealth is essential. The world is undergoing some economic realignment and we need to be ready to leverage that.

Some spoke passionately about South Africa as a society in humiliation. Humiliation is the enemy of hope; and hope that the future will be better, that we can contribute to that future, is the main driver of all investment – of time, energy and capital. The absence of hope means the withdrawal of that investment and the degrading of application of the mores of society; corruption is unchecked and our common humanity is weakened.

“No matter what you do, if you have an economy that is going backwards, and there are hundreds of thousands more young people on the streets every year who have no hope, our collective ambition to shift the system is not working.”

Politics trumps everything. Through all the themes discussed ran the recognition of absent and inadequate leadership. Waiting for a leader with the values and courage to challenge, to think anew and to step into the arena and show the way, is a waste of time. Everyone reading this note has the capacity to, and should, step up.

What are the chances and opportunities to act in this most difficult and most powerful arena?

Apart from repairing what can be repaired in the established parties, is there a place for yet another new one? It would need to gather 15 to 20% of voters, and hold a strategic and principled place in a ruling coalition. The failures of previous such attempts show us what a hard and resource-consuming slog this is.

The great opportunity to contribute here, instead, is by joining to build a focused agenda for the whole country and to prove the wherewithal to deliver on it.  Then to ensure that it is embedded in our social consciousness and that it directs our political leaders to act.

We Fellows aren’t alone in this. “Pressure is building, I can sense it.”