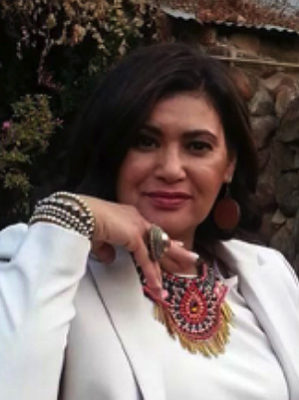 Berenice Lue Marais is head of the strategic alliances portfolio at the Council for Scientific and Industrial Research, where she was previously head of market and business systems. Before that, she managed the contract research and development portfolio and, before that, the Africa and international development finance portfolios and the strategic relationship management unit at CSIR. In March 2009, Berenice was appointed to serve on the Board of South African National Accreditation System (SANAS) by Minister of Trade and Industry. In June 2007, she became a board member of the Ethics Institute of South Africa. She is also a trustee of the CSIR pension fund and has served on the board of directors of HOPE Worldwide, the Board of African Thought, and the Sports Information and Science Agency. In 2003, she was appointed as a commissioner to the SARS Audit Committee by Pravin Gordhan. Under a United Nations Fellowship, Education and Training Program for South Africans she obtained a B.A. in Economics, specializing in Sub-Saharan African Development. Berenice studied at the American University Kogod School of Business, where she was awarded a MBA in international business. She was raised in Swaziland and South Africa. She is a Fellow of the inaugural class of the Africa Leadership Initiative-South Africa and a member of the Aspen Global Leadership Network.