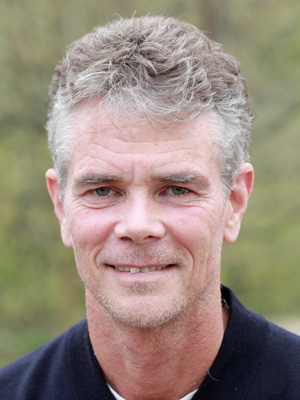 Bruce Robertson is the founder and CEO of Gulu Agricultural Development Company. Through GADC, he invested in northern Uganda in 2009 as it emerged from the murderous reign of the Lord’s Resistance Army led by Joseph Kony. Starting by buying and ginning cotton, GADC has branched into sesame and chillies and now trains 60,000 farmers across northern Uganda in agronomy, financial management, and organization development. GADC has also planted 500 hectares of timber and 60 hectares of macadamias. Bruce has worked with the Ugandan government, cotton farmers, and other ginners for the last decade and a half to rebuild the cotton crop after Idi Amin’s regime destroyed it. He is the chairman of the Uganda Ginners and Cotton Exporters’ Association, which provides farming inputs to 300,000 cotton farmers. From 1991 to 1995, Bruce was general manager of Premier International Development, where he was responsible for trade in wheat flour, maize, and edible oils for Premier Group in Sub-Saharan Africa. He also investigated investment opportunities for Premier in other African nations. He was regional coordinator of Consultative Business Movement from 1990 to 1991 in the Johannesburg region. He was responsible for establishing dialogue between business leaders and political leaders in the area of economic policy, development, and conflict resolution. Bruce was educated at Hilton College; the University of Natal, where he earned an MS in agricultural economics; and University of Cambridge from which he has an MPhil in economics and politics of development. He lives in Durban and is married to Janina Masojada, with whom he has two young children, Aleks and Klara. In his spare time, he runs, surfs, plays polo, and reads. He is a Fellow of the inaugural class of the Africa Leadership Initiative-South Africa and a moderator for the Aspen Global Leadership Network. Bruce is a board member of Africa Leadership Initiative SA.