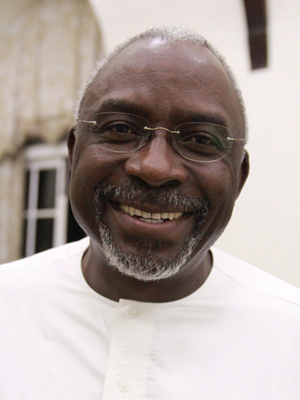 Dele Olojede is a writer, editor and publisher whose career in journalism spans nearly four decades and took him to more than 100 countries, including stints as bureau chief at the United Nations, and Johannesburg and Beijing, for New York Newsday. In 2005 he received journalism’s highest honour, the Pulitzer Prize, for his coverage of the aftermath of the Rwandan genocide. Dele was the founder and publisher of NEXT, a groundbreaking investigative newspaper in Lagos, Nigeria, in the 2000s. In 2019 he hosted the inaugural Africa In the World festival of hearts and minds, at Spier Wine Farm, in Stellenbosch, South Africa, bringing together global thinkers and innovators in communion with select African leaders to attempt to solve significant problems. Dele was educated at the University of Lagos and Columbia University in the City of New York. He serves on the board of EARTH University in Costa Rica, The Mark Up, in New York, Edesia Nutrition, in Providence, Rhode Island, and on the advisory board of Luminate, the civic investment arm of the Omidyar Network. He is a moderator of leadership seminars for the Aspen Global Leadership Network and a Fellow of the Africa Leadership Initiative South Africa. He is chairman of the board of Kashim Ibrahim Fellowship, which identifies and nurtures emerging young leaders in Nigeria. He and his family split their time between Stellenbosch and New York.