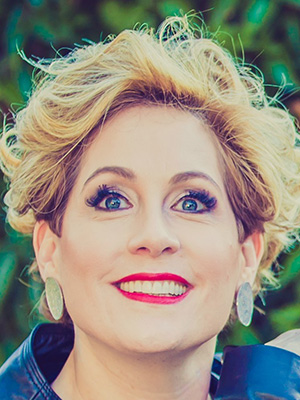 Lisa Klein is Head of M&A at Discovery Limited, a global financial services group headquartered in South Africa. Lisa has led the negotiations for the establishment of Discovery’s partnerships with insurers in China, Asia, the US, Europe, Japan and Canada. The focus of these partnerships is championing shared value insurance, achieving social good through profitable business models, and incentivizing millions of individuals to live healthier lives.

In 2016, she helped conceptualize and set up the SA SME Fund – a private sector led initiative born out of the “CEO Initiative”, a partnership between the SA Government (led by the Minister of Finance, Pravin Gordhan), CEOs and labor to stimulate the economy and create jobs. The Fund will focus on building entrepreneurs and small and medium enterprises. Lisa was acting CEO of the Fund for most of 2016.

Formerly, she worked as a management consultant at global consultancy McKinsey & Co (and played a leadership role in McKinsey Alumni in Development (SA); as strategy advisor to the CEO and Chairman of the J&J Group; and as Strategic Planning Director of FCB. She also founded and ran a consulting and advisory company.

Lisa spent many years as the Assistant General Secretary of the Rhodes Scholarship (SA), and is currently President of the Southern African Association of Rhodes Scholars.

She is a fellow of the fourth class of the African Leadership Initiative – South Africa, and a member of the Aspen Global Leadership Network.