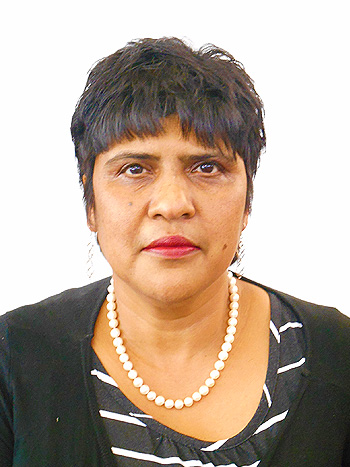 Zohra Ebrahim has over 20 years experience in the fields of development, housing and governance. She chairs the Desmond Tutu HIV Foundation, was the inaugural chair of the Social Housing Regulatory Authority, a statutory body, from 2010 to 2015 and also serves as a director for Edcon, Aurecon SA Pty Ltd and  Willis,TowersWatson SA.  While these are non-executive directorships, hergovernance experience across non- profit, private and public companies has been recognized by her chairing  a number of board committeesfor the companies she is involved with, and asked to advise on change management, housing and governance.

Previously she was the non-executive chair of Sanyati Holdings, and the executive chair of Organization Development Africa( ODA), a niche strategic management consultancy, and earlier served in a similar capacity for  the New Housing Company, and Inframax Holdings. Zohra also headed the Consultative Business Movement in the Western Cape before it became the National Business Initiative.

In April 2014, Zohra together with a number of civic stalwarts, received an award from the Minister of Human Settlements, with the citation ‘in recognition of your contribution to gender transformation in South African Human Settlements’.