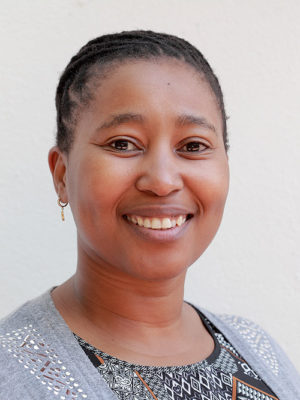 Konehali Gugushe is a Chartered Accountant and holds a Bachelor of Commerce from Rhodes University, a Certificate in the Theory and Practice of Auditing – University of Natal, and a Post Graduate Diploma in Accounting from the University of Cape Town.

Kone was the Chief Risk Office for the Landbank, where she was responsible for the Enterprise Wide Risk Management function of the bank.

Other roles within the Nedbank Group included Senior Portfolio Manager – Group Credit Risk Monitoring, where she was responsible for the evaluation of credit risk associated with lending and investment activities undertaken by the bank. She chaired various credit committees, primarily Nedbank Corporate Banking and Nedbank Africa, while acting as Deputy Chair for the Financial Institutions and Sovereign Risk Credit Committee of Nedbank.

Before Nedbank, Kone worked for SAFIKA INVESTMENTS (PTY) LTD, as Private Equity Executive, where she was part of a team that managed a R310 million fund.

Kone’s career started at Moores Rowlands in Cape Town, where she was Trainee Accountant.