Founding member of the Victoria Mxenge Group of Advocates 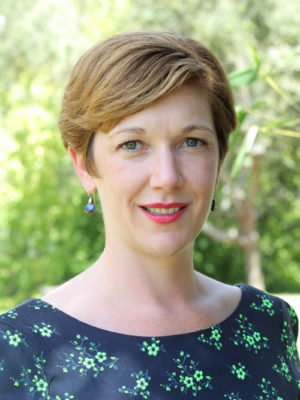 Isabel Goodman is an advocate of the High Court of South Africa, with a deep commitment to access to justice for all, and the transformative role of the Constitution within our society.  She obtained a BA LLB from The University of Cape Town, before going on to clerk at the Constitutional Court, first for Justice Richard Goldstone and later for Justice Dikgang Moseneke.  After completing an LLM at Harvard University, Goodman went to work for a leading public interest litigation group in Mumbai, India.  Her work there focused on constitutional litigation and on the opposition to the grant of patents over HIV and TB-related medication.  She joined the Bar in 2007 and has since developed a wide-ranging practice.  She remains particularly interested in the law around government decision making, and how it can be used to promote accountability within state institutions.

Isabel is a founding member of The Victoria Mxenge Group of Advocates, a group established to promote transformation and access to justice through the profession.  In 2016, she won ProBono.org’s Advocate Award in recognition of her role in providing pro bono legal services, particularly for disadvantaged people in South Africa. She has also contributed to legal textbooks and written legal arguments.  Recently, she has served as both an arbitrator and as an acting judge of the High Court of South Africa.