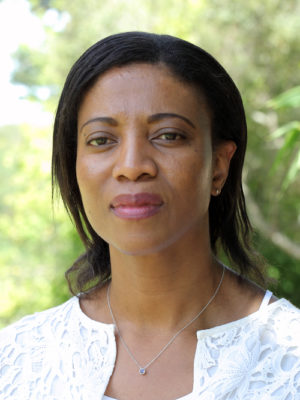 Shiva Makotoko is an Executive Director at INCA Portfolio Managers, overseeing the Infrastructure Debt Fund and consulting for The World Bank and National Treasury. She was previously Executive Head of Alexander Forbes Public Sector Division in South Africa and the rest of Africa; and Head of Public Sector at Absa Corporate and Investment Banking.

Shiva came to financial services from the public sector, where she had contributed extensively to the development of legislation and policy on Public Finance in South Africa. Whilst in government, she received an award as the Most Outstanding Manager in the Public Sector for her work on Project Consolidate. She left government in 2007 as a Deputy Director General at National Government

She served as Non-Executive Director on the board of City Power and chaired the Johannesburg Broadband entity. She has advised The University of the Witwatersrand School of Governance and continues to advise The Experience Factory for Graduates. She is a Board member of The South African Cities Network.

She holds a Masters with Honours in Economics & Management from Scotland, United Kingdom; and completed her Executive Leadership Development Programme through Wits Business School and City University of London, CASS Business School in 2009.

She is passionate about infrastructure development as the bedrock of economic growth and productivity.