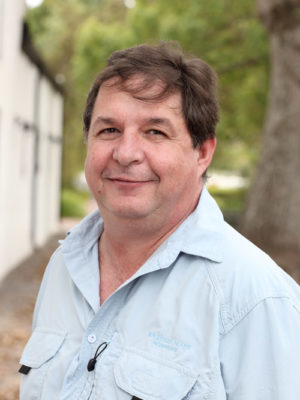 David Read completed his high school career at St Johns College, Houghton in 1988 and then went on to graduate with a BCompt Honours from the University of South Africa in 1995. A year later, in 1996, Read joined Arthur Andersen and qualified as a CA (SA) in 1998. Arthur Andersen merged with KPMG in 2002 and after a solid nine years from beginning the traineeship programme, Read was promoted to partner in 2004.

During his tenure as partner, Read wore a number of hats whilst undertaking these executive roles: Head of Markets for the Consumer Business Unit, Head of the Global Japanese Practice working with Japanese colleagues to build and strengthen relationships with this band of clients, Head of Markets for the Audit Practice in Southern Africa and Chief Operating Officer for Audit in Southern Africa.

Another hat he wears is more for the outdoors where Read is a qualified game ranger, having done his certification about six years ago. His commitment to South Africa’s biodiversity and rich nature heritage is commendable. Hence Read is a member of the SANParks honorary rangers where they assist this public entity with fundraising and time of at least 100 hours per year.