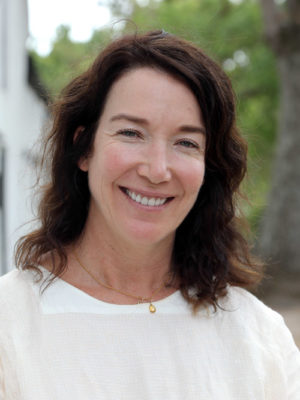 Rebecca Oppenheimer is a writer, entrepreneur and philanthropist. She is driven to help South Africa transform its historic inequalities. Rebecca is a graduate of Princeton University and has completed a one-year classical acting programme at the London Academy of Music & Dramatic Art. After her studies in London, she pursued a career on stage in South Africa and also co-presented a local TV show, ‘Between the Lines’, in the 1990s and became a partner in the Bassline Jazz Club. Away from the theatre, screen and music, Rebecca was a keen showjumper and competed in the top division of the sport.

Following a fifteen-year stay in America, Rebecca and her two children now live in South Africa. Rebecca is fervently committed to the role of education as the key to upliftment. She was the first donor to back the founding of the African Leadership Academy in 2005. She remains one of the ALA’s greatest supporters. Rebecca is currently developing a rain-harvesting vertical gardening system that she hopes will contribute to better nutrition programmes in under-resourced communities.