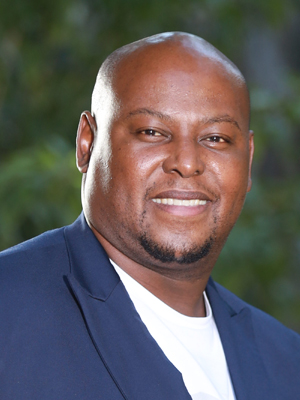 Andile is the co-founder and chief executive officer of Rolfo South Africa (Pty) Ltd (Rolfo SA). Rolfo SA is a partnership with Rolfo Group of Italy, a renowned world leader in the design, production, sales and aftersales of car dealers across the globe. He has 20 years of experience in the automotive industry and has worked in both financial services as well as manufacturing.

Andile launched his career at BMW Group, and in his eight years there, he was in various senior management roles including, business development and general management.

In 2005, he was identified as a future leader in the BMW Group through the International Driver Programme. As a result, Andile spent time in Munich, working in the Strategy Department of BMW Finance, where they are responsible for various business lines within the group.

Andile joined First National Bank as CEO of FNB Vehicle Finance in 2008 and soon became the founding head of Slow Lounges – a strategic partnership with Comair and British Airways that became part of the successful FNB rewards portfolio and was nominated for an FNB Innovation Award.

After his time in the banking industry, Andile embarked on an investment initiative called African Genome Investments, where he worked with multinational OEMs in the automotive ecosystem.

Andile has an MBA from Gibs (University of Pretoria), and also holds a BCom. in Corporate Finance, Investments and Accounting as well as a BSc in Biology (Botany and Zoology). Currently, he is working with Bizimali Secondary School in Nkandla, KwaZulu Natal, as a fundraiser to support the incentivisation of teachers.