Director at Econologic, Researcher African Centre for Cities, and Founder at Credible Carbon 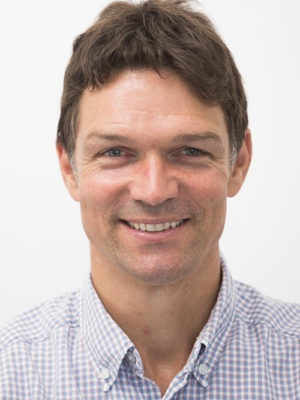 Anton Cartwright is an economist whose work focuses on the application of economics to Africa’s urban transition, infrastructure and services, green finance, environmental degradation and poverty alleviation and the implication of these issues for the discipline of economics itself.  He is affiliated to the African Centre Cities (ACC) at the University of Cape Town and leads the New Climate Economy’s Special Initiative, the Coalition for Urban Transition’s, work in Africa with a focus on infrastructure, services and climate change. In this capacity he established and runs the Tanzanian Urbanisation Laboratory in Dar es Salaam and the Ghana Urbanisation Think Tank and advised local and national governments in the respective countries on infrastructure procurement programmes. In assignments for the World Bank, European Commission and DFID, he has provided technical assistance on the impact of carbon taxes, local economic development, infrastructure and trade.

He was a lead author on Chapter 4 of the IPCC’s Special Report on of 1.5°C of warming released in 2018. Previously he oversaw the City of Cape Town’s green economy and the City of Cape Town’s Climate Change Think Tank, emphasising the interface between built and ecological infrastructure, the benefits of work creation for “unemployable” citizens in low carbon, resource efficient urban economy. He was the economist in the team that developed the Western Cape’s SmartAgri strategy and authored WWF’s (International) Water Scarcity Risk Framework in 2007, a framework that continues to be applied today.

He continues to run the development economics consultancy, Econologic, that he founded in 2003.  In this capacity he has completed assignments for the Rockefeller Resilient Cities Initiative, World Bank, OECD, South Africa’s National Treasury, The European Union, The Food and Agriculture Organization, DfID, WWF, IIED the Fairtrade Foundation and a range of local and international companies, NGOs and government departments. The focus of his work has been on sustainable trade, economic risk, local economic development and the green economy.

He is the founding Director of Credible Carbon South Africa’s first voluntary carbon market registry, which has raised over R45 million for poverty alleviating carbon mitigation projects in South Africa’s rural and informal communities through the carbon market. Credible Carbon was nominated as a finalists in the Climate Change category of the Enviropaedia/SABC3 EcoLogic Awards 2014, and selected as one of CapeTalk’s “business accelerator” projects in 2015.

Anton serves on the board of iKhaya le Themba, where he previously chaired the board for 10 years. iKhaya le Themba is an aftercare centre founded in 2001 that cares for 96 children infected and affected by HIV and other vulnerabilities in Imizamo Yethu, Hout Bay.