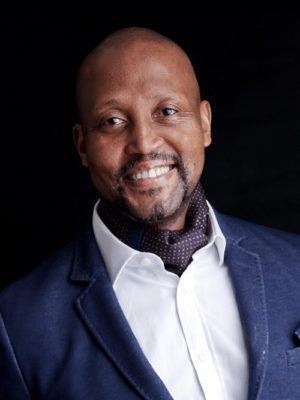 Gideon Nkadimeng (48) is currently an Investment Executive at Yellowwoods, a family office with investments in Hollard Insurance, Clientele Limited, Nando’s and the Spier Wine Estate (amongst others). In this role, Gideon is part of a team that manages the portfolio of businesses in the Yellowwoods Group.  Gideon works closely with the management teams of the portfolio companies and supports them in strategy formulation and execution.  Gideon was previously a Manager in the Strategy Division of for Old Mutual Emerging Markets (“OMEM”), in which position he was the Head of the OMEM Strategic Investment Fund and responsible for mergers and acquisitions deal origination for the business in the Rest of Africa. In this role, Gideon was one of the key deal makers leading the acquisition by Old Mutual of UAP Holdings in East Africa. Following the acquisition, Gideon was appointed to several boards of OMEM subsidiaries in East and West Africa.

Gideon serves on several Boards, representing the interests of the Yellowwoods Group including Clientele Limited (listed on the Johannesburg Stock Exchange) and Hollard International (Pty) Limited.