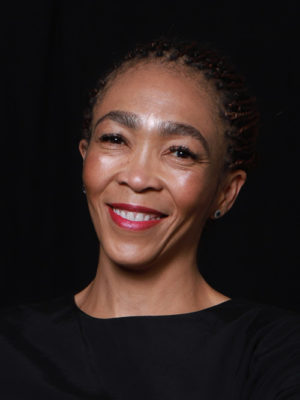 Neo was admitted as an attorney in 2002. She started her career in the competition law department at Webber Wentzel and went on to work at Absa Bank Limited within the derivatives legal team. Thereafter, she joined J.P. Morgan as a legal advisor to the corporate finance team. In 2008 she cofounded DM5 Incorporated, a black female owned corporate law firm which undertook to further the interests of women at the core of its business. In 2019, she joined Community Investment Ventures Holdings Proprietary Limited, a telecommunications infrastructure holding company, as its Chief Corporate Officer overseeing the legal, human resources and compliance and regulatory functions in addition to co-heading mergers and acquisitions.

Her independent non-executive roles include serving as a trustee of the CIDA Education Trust (2010 – 2013) and as a director and member of the audit committee at South African Express Airways (2012 – 2014). Presently, she is a trustee of Young Entrepreneurs South Africa (YESA), a member of the G20’s Young Entrepreneurs Alliance (2011). She is a member of the assurance committee at Lafarge South Africa (June 2012) and was recently appointed to the inaugural board of Khula Sizwe Property Holdings, a new black-owned property holding and management company.