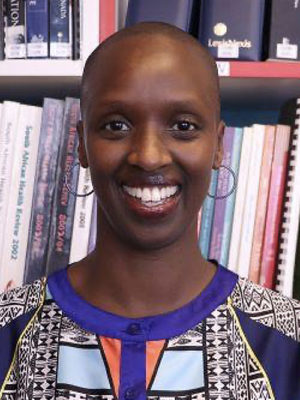 Umunyana Rugege is the Executive Director of SECTION27, a human rights organisation based in South Africa that seeks to achieve substantive equality and social justice.  She is a human rights lawyer and has been with SECTION27 since its inception in 2010. She holds a BA in Environmental Studies (magna cum laude) from the State University of New York at Buffalo; a Master’s degree from Cornell University; and an LLB from the University of Cape Town, and has clerked at the International Criminal Court in The Hague. Umunyana has played a leading role in several human rights cases advancing the right to health and works on access to medicines in particular. She has led policy development and law reform that has helped to realise the right to health, particularly for vulnerable groups, and represented patient groups in the Health Market Inquiry into the private health care sector. She has served on the board of a gender equality organisation and is currently a member of the Advisory Committee to the UNAIDS Executive Director. She appears regularly in the media as an expert on human rights.