HomeHow Can The Audit Profession Find Its Way Back To Noble Leadership?

How Can The Audit Profession Find Its Way Back To Noble Leadership? 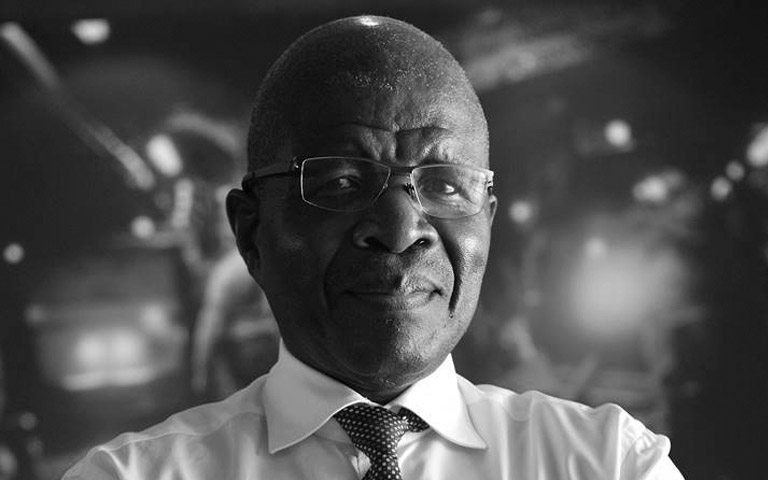 How can the audit profession find its way back to noble leadership? In a passionate digital Dialogue hosted in late January, Professor Wiseman Nkuhlu spoke about the social role of the auditing profession with an emphasis on the big four auditing institutions. ALI Fellow Sindi Mabaso-Koyane (Class VIII Mahube) responded, and the session was moderated by South Africa’s Auditor-General, Tsakani Maluleke (Class VII Dinatla).

Late last year, Prof Nkuhlu published a memoir – Enabler or Victim? KPMG SA and State Capture – about the period during which he was Chairman of KMPG, the firm at the heart of the audit crisis. Prof Nkuhlu had stepped into the Chair role in March 2018, with the mission of putting the organisation back on an ethical track after its role in the Gupta State Capture was exposed. During this time, the endemic nature of moral collapse became clear as KPMG’s role in both the SARS and VBS scandals was uncovered.

He opened the Dialogue by reading an extract from this memoir. The words “trust” and “pride” constituted the underlying beat: trust, he insisted, is an essential vehicle for cooperation and building sustainability; and pride should be embedded in the conscience of every auditor. The challenge in the present day, he said, is how to ingrain in the DNA of the auditors of tomorrow that pride in their profession, and the desire to be recognised as an honourable and  trustworthy person. New auditors enter an increasingly competitive and materialistic world, he pointed out; and the profession towards which they studied is reputationally in tatters. Especially the big four audit firms should be beyond reproach; yet it’s not only KPMG that is in the headlines for corrupt practice in South Africa. Deloitte was implicated in the Steinhoff and Tongaat Hulett scandals, PwC felt the heat as VBS’s internal auditor, and McKinsey was tarnished by its role in the Eskom scandal.

Amid the clamour of calls for increased sanctions for delinquent auditors and for more stringent regulation, how might the audit profession fix itself? How might we raise the bar on ethical conduct and performance?

A first step gaining traction globally is the separation of audit and advisory services in big full-service firms. As early as April 2018, in the wake of the VBS scandal, this was mooted as a potential mechanism to avoid conflicts of interest in South Africa. UK’s exploration of this at the same time bore fruit in July last year, when that country’s audit industry regulator announced plans to offset conflicts of interest by obliging the Big Four firms – KPMG, PwC, Deloitte and EY – to separate businesses relating to their different lines of work.

Structural change is necessary, but it is not sufficient. Beyond lies the more insidious cultural dimension. Culture drives practice, and in the absence of purpose-based, values-led leadership, there cannot be values-based practice.

The question therefore is: how might the sector reawaken normative values and practices that will shift the culture, first, of the Big Four, and then of the profession as a whole?

Behaviour is driven by external factors, and by internal value systems. In South Africa, the tone at the top – government’s own tolerance of low moral standards – has had a toxic influence; leadership in the private sector has famously often not behaved any better. External factors have thus for generations mitigated against morality as the social and business norm.

When it comes to internal factors, one contributing factor to positive change, said Tamara Esau, is training. CAs and most other professionals receive training that might be technically excellent, but is sterile of ethical dimensions and context. How, then, do they proceed in the world of work to exhibit the dignity and ethics expected of the profession; to be values-driven?

To compound the dilemma for auditors, many clients do not understand and are not appreciative of the changes the profession requires. The blurring of advisory and audit was in some part driven by firms’ desire to extract value. As the pendulum swings back towards stricter boundaries and greater compliance with what the Audit Act requires, diminished auditor flexibility has not landed well. “Clients have become used to something else, and are frustrated at this,” said Sindi.

“We need to remind businesses that this is what’s required to change the tone. As we take our rightful place as auditors, they need to see the role they themselves play in society.”

It was encouraging, added Sindi, that at the World Economic Forum in January the Big Four firms had announced measures that would allow reporting related to the United Nations’ Social Development Goals (SDGs). “In the spirit of just taking for self, the centre never holds, hence the SDGs. That continuous tone at the top goes a long way. This is true for leadership at a global as well as a country level. The pandemic has demonstrated how much we cannot control.”

Referring beyond the pandemic crisis to the unravelling of social good that took place during the time the Gupta family held South Africa’s leadership in thrall, Prof Nkuhlu commented that South Africa currently had a unique opportunity. “Greed and corruption deepens poverty, undermines peace, really destroys a country. We have seen that. Civil society and other progressive groups saved us, but it was close. As this generation, we can acknowledge our mistakes. We need new rules to strengthen our institutions.”

In summarising the conversation, Ralph referenced the culture that is at the heart of the trouble: who pays the piper, calls the tune. Clients can and do demand audit firms to blur the boundaries. Audit firms’ leadership can and do require their employees to comply. These power relationships have led to institutional failure. The business of auditing has too often trumped the ethics of the profession.

“We cannot regulate for pride, conscience or integrity. That comes from the culture of the organisations in which we work and live; and that comes from leadership, in turn. We need to inculcate a leadership dispersed through the firm,” he said.

And while we need to hope for our better selves to emerge, we must regulate for the demons in us.

In summary, the feeling of the Dialogue was that road forward includes:

From the floor, one Fellow had referenced research that in any group of 10 people, one is corrupt, one is incorruptible and the remaining eight may be swayed depending on the circumstances in which they find themselves. Our dream is a future in which circumstances incline those eight people to the Good Society.