HomeI have critical skills, yet you chase me away 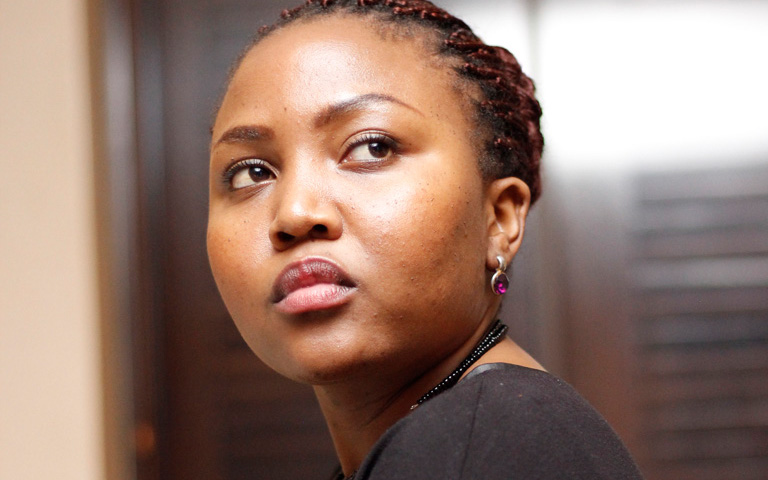 Chenai Chipfupa describes what she and her compatriots in South Africa are going through, with an Introduction by Ferial Haffajee.

In his achievements for 2022, President Cyril Ramaphosa often lists the passage of the Critical Skills List by the Department of Home Affairs. Published in February, the list reveals the full list of critical skill shortages choking the economy.

I’ve known Chenai Chipfupa for the past 10 years and have seen her fill role after role in South Africa with dexterity and charm. She has many of the critical skills on that list, yet Chenai is terrified. She is one of 178,000 Zimbabwean nationals who live, work or study in South Africa under the Zimbabwean Exemption Permit (ZEP) passed when the economy of our neighbouring country collapsed under the weight of repressive governance.

Like many, Chenai migrated to South Africa and pulled herself up by her bootstraps. She describes her permit as a liberation. She works as an Operations Officer at the Africa Leadership Initiative, a Pan-African leadership programme started by business leader Isaac Shongwe.

Earlier this year, she told me her story and then wrote this essay for Daily Maverick. It breaks my heart but also explodes my head because one arm of government, the Presidency, acknowledges South Africa’s skills deficit and says we must open the doors to people who want to be here. On the other hand, the Department of Home Affairs wants to cancel all permits by the end of December 2022. It has put fear in the hearts of many. The Helen Suzman Foundation is going to court to stop government.

“It is not the position of the Helen Suzman Foundation that those migrants who are in South Africa should be entitled to remain, nor even that the ZEP must continue in perpetuity. Rather, our position is that those who have scrupulously observed South Africa’s laws in order to live and work here under the ZEP cannot have such permits terminated without fair process, good reason and a meaningful opportunity to regularise their status,” the Foundation said in a statement this week.

In 2008, I fled Zimbabwe for Johannesburg on my short little Shona legs armed only with my A-level pass (the equivalent of a South African matric). Destination? A refuge in South Africa.

To call it a voluntary voyage would be a sham. My country was imploding. There was a shortage of food and of currency, which made our plight desperate. My higher education college of choice was to study at the University of Zimbabwe but I couldn’t afford to study to become a lawyer (a pretty standard desire among people like me) at the time.

I was raised by my courteous aunt after my parents’ passing early in my life and asking her for further tertiary education funding was plain pushing it. Her pockets were already strained from the many mouths she was feeding. I had to do the necessary and that was to work for my own money and pay my way through university. I also had to give back to those who took me in while they were struggling themselves. Many people of my generation had already left Zimbabwe, driven out by the country’s economic free fall; we had to leave to take care of the young and the frail who were left behind.

I was petrified at the thought of leaving every form of safe sanctuary l had ever known: my family home, childhood friends and the land l knew so well. I was an 18-year-old and my relatives and neighbours had scrambled to make ends meet so that I could complete secondary school education. Bursary opportunities did not come easy for those of us without political connections.

Plus, of course, l was in the wrong city of Bulawayo! Not much funding or the warmth of the leadership’s care was felt here because of tribal differences and political affiliations. Economic hardships, high passport costs, plus teetering political instability in the country of Zimbabwe simply drove a high migration, mostly from Bulawayo.

The sprawling city is home mostly to the Ndebele-speaking Nguni, a people who have always felt discrimination by tribe. A decade later and now at 34 years old and with a degree, my dreams have come to fruition but at what cost?

According to the 2020 United Nations data, Zimbabweans account for about 24% of the South African immigrant population.

This mass migration provided cheap labour for South African restaurants, farms and homes and often, we worked illegally, although I am not sure what this means in Africa whose borders are colonial constructions.

In a country like South Africa which has so much wealth but which has left so many people behind, the use of cheap migrant labour has become combustible.

No one really is the winner — either the migrant or local. It’s all feral battles to keep hunger off the table. These battles entail acceptance to work for less than the legal minimum wage, and people working in places where safety compliance regulations are not practiced. I know. To fund my education, I worked as a waitress, a house help, a cleaner in a hair salon and as a car washer in the glitzy Sandton City parking lots.

Migrant staff often work for tips alone while South Africans get a basic wage plus tips. I earned less than R4,000 a month when I started and friends worked at pubs and clubs where tips were better but conditions often hazardous.

I studied at Unisa while working, taking modules only as I could afford them. Anything more could potentially put my household in Zimbabwe in danger of hunger. I could not apply for bursary funding as only South Africans could. I surfed through workplaces where employees were paid wages so low that most continued working only for hot meals and to spend time away from the squatting areas they slept in at night.

In 2009 in Fourways, at a business centre called Design Quarter, l worked for a man who took pleasure in physically assaulting his waitron team should food be delivered cold to the table or if they did not pitch for work. He hit me once.

Yet, none of us ever reported the assaults nor fought back because the tip earnings were “too good” — families needed to be fed. Most, if not all, waitrons of South African origin left.

In my seven-year tenure as a waitress, I also helped bury countless colleagues who were fellow Zimbabweans. The cause of death for most was related to alcohol and drug abuse. The mental well-being and stability of young people living outside of their birth land are next to non-existent. They missed their families and the harsh reality of being an immigrant, legal or illegal, has a way of creeping up on you. Most felt unsheltered and turned to the oblivion of substance abuse and reckless sexual behaviour.

Couples lived together, mostly to mitigate high city rental costs and afford “black tax” demands back home. Children were born out of these unsealed unions and almost immediately were sent back home to grandparents so that the parents could continue working without distraction. These often involuntary separations traumatised the young parents leading to a cycle of mental breakdowns.

As the years went by, home became the busy flats of Hillbrow, the unfriendly streets of Berea and other parts of the Johannesburg inner city. Family members become the faces you worked double shifts with, shifts that ran 18 hours at a stretch.

Migrants did not get leave and, besides, holidays were a dream. All our spare money was spent on groceries on trucks and buses headed north.

I received my first ZSP (Zimbabwe Special Permit) stamp in 2011 and I renewed it every three or four years as directed. In 2017, the Minister of Home Affairs at the time, Hlengiwe Mkhize, introduced the new Zimbabwean Exemption Permit (ZEP permits). This programme was a godsend. It allowed me to legalise my stay in South Africa, along with my travel documents. I could open a bank account, work and walk without fear.

The introduction of the ZSP and subsequent ZEP gave us beneficiaries access: we could legally apply for school placing, work, and business operations. We opened businesses and registered for licences and for taxes. This was when I enrolled at Unisa and got a job at the Africa Leadership Initiative as a programme manager of the Bloomberg Media Initiative for Africa. Now this was life and I felt I could, for the first time in a long time) dream again and make the world my oyster.

So you can imagine the distress I felt when the Cabinet decided in November 2021 that the ZEP, my passport to freedom and belonging, would not be extended. Home Affairs Minister Aaron Motsoaledi said we could apply for other permits, but as many people will tell you, these are almost impossible to get.

Banking institutions and most financial institutions said they would terminate our accounts on New Year’s Eve. I can’t describe the utter horror I felt. How can people who have built livelihoods and raised families in one country for over 10 years be so easily discarded, I asked myself? I know that South Africa’s unemployment rate is high but the economy suffers from a shortage of critical skills and most permit-holders also held those critical skills.

I felt panicked and anxious and word spread like wildfire. I have lived in South Africa for 13 years and built bonds with locals and migrants. When l chat with my dear friends, the despair of losing it all lingers in each conversation. Many Zimbabweans in South Africa live hand to mouth without property. The Covid pandemic hit hard in the migrant community and many people I knew had lost their jobs and moved in with relatives in townships. The permit decision was a double-whammy.

I know that I have formed bonds of friendship with many South Africans, but we are also often told to “go back home and fight”, and often I do not have an answer to this. Going back to Zimbabwe is not an option because that economy is still in freefall since I left and no one can fight on an empty tummy.

If I were to go back, many people I support would go hungry and this is the same for millions of Zimbabweans in South Africa. Multiply the numbers and you can see this would cause a disaster — I support my aunt and uncle who raised me and are currently in South Africa.

Maybe l am making excuses and justifying apathy, but that is not my intention. Mine is a story of a young African whose dream was to further her education and make a better life for herself and her future children. Never in my wildest dreams did I see myself suffering from depression and having severe panic attacks as I do now.

After leaving home in 2008, I find myself petrified in 2022 in a place I call home. And I am not alone. Our humble plea to South Africa is not to forsake us. DM