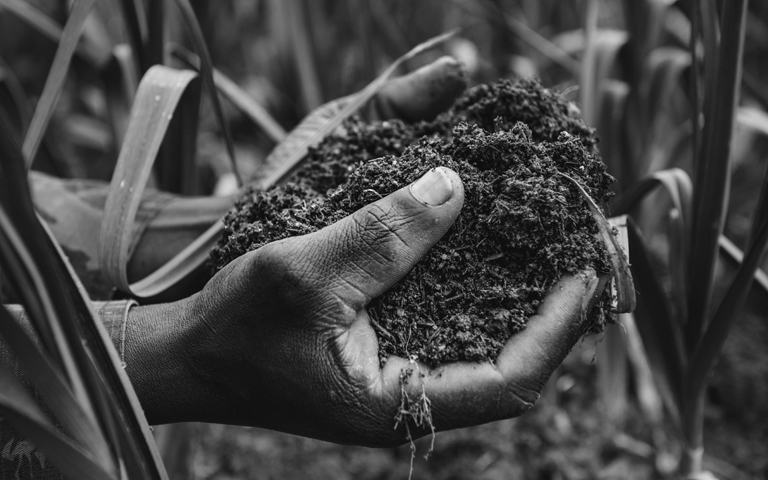 We are at risk of the land question becoming a cheap tool of the politically aspirant who will try to manipulate us into entrenching extractive elites, undermine our democratic gains and rob us of that future. The best solutions are not always in the interest of the most powerful. A focus on improving the lives of the poor is possible. A considered, careful investment of this asset, consciously to address the legacies of colonial, race-based development will also positively shift our national psyche.

Our history as taught is often not accurate.

We know that before 500BC the “hunter gatherer” means of existence was found across southern Africa as practiced by “San” people in small tribes and family groups. About 2000 years ago these people, probably along with migrants, acquire fat tailed sheep and later cattle. This new economy spread through Botswana, Angola, along the Southern Africa river basins and down primarily the west of South Africa to the Cape and then eastwards through the southern cape. The new economy included copper smelting and trade but little or no agriculture (crops). Quite how much of this was due to a spread of a mode of production and how much to a migration of genetically/culturally distinct societies remains unanswered. We are certain from genetic evidence, that this spread did not involve genocide of one group by another. The people of the resultant society called themselves “Khoe” or “Khoikhoi”.

At about the same time a slow migration of Bantu-speaking people from Central Africa begins. Coming via central Southern Africa into the eastern areas of South Africa with a cattle, iron and agricultural economic base this group establishes itself in Botswana, crosses the Limpopo and reaches the Eastern Cape via KZN by about 550AD. In the main this economy is limited to the summer rainfall areas by the choice of crops. The two precolonial economies interact around the boundary of the summer and winter rainfall regions. Mandela convincingly and accurately claims to have a genetic heritage from both. By soon after 1000AD Nguni and Sotho/Tswana (bantu speaking) communities – kingdoms – have been established in South Africa and are trading all the way up the east coast of the continent and with other Indian ocean rim groups as far afield as India and China.

As the economic base of these two groups is “more efficient” than hunter gathering, those practicing HG are primarily to be found in the climatic areas less suited to pastoral and agricultural economies. It is suggested that the Khoe-derived name for the hunter gatherers – San – means those without sheep or cattle. Pre-colonial trade results in a blending at the margins of all these groups.

By the time the Portuguese come to the Cape the locals own and manage herds of cattle and sheep thousands strong and have an established, settled and productive way of life.

We are all much more familiar with the history after this period. Briefly let’s start by remembering that Europe had no interest in the Cape at the time. Their access to the immensely profitable trade with the east was hampered by competition and control of the overland trade routes by Asian and East European powers. It was hoped an easier, cheaper route would be found round the southern tip of the continent. When they finally found their way around to our east coast, the Portuguese hired guides to take them to India (from Mozambique).

Later European powers – starting with the French at Saldanha Bay then the Dutch with German labour in Table Bay –  established themselves at the Cape for strategic control of the sea route and as a restocking stopover.

With this step the relationship of people to the land began to change from one of “use of commons” to “private” ownership. Dutch settlement, followed by English drove Khoe and San from communally used space. A series of wars and migrations interacting with the emerging local feudal states (Zulu, Xhosa) destroy the old relationships with the land. Private ownership by individuals, businesses and “chiefs” or “kings” (sometimes on behalf of their subjects or tribes) becomes the order of the day.

The next two centuries – 1650 to 1850 – witness many wars of dispossession and much movement of people. The Xhosa, Batswana, Zulu, Tswana, Sotho and other groupings emerge as powerful players along with the participants in the great trek and the rise of the Griqua. With the English loosely in control, S.A. is a swirling unsettled place. Migration, trade, wars and unexpected, shifting alliances rule the day.

The discovery of diamonds, and, fifteen years later, gold, brings the promise to the English that the barely profitable colony they owned was worth the effort. They exert their dominance through war, economics and deceit to settle their spatial control of the country . Wealth flows to London as the mines and banks consolidate.

The picture at this time (+- 1850) is what we inaccurately accept as the “original” land ownership pattern of SA.

Major development since 1880 has been seen the growth of cities around economic hubs (mines, ports etc.) and the entrenchment of tribal boundaries under chiefs who were generally under the control of English appointed magistrates. The 1913 land act followed by the implementation of Apartheid practices brutally dispossessed and impoverished the majority of people in the country of access to and ownership of land to fulfill the mines need for labour and support the racist extraction of wealth in favour of “white” south Africans and the Colonial center.

Our economy has come to be dominated spatially by our cities where most of us live and where the unfair economic consequences of racism is most stark. We remain extremely unequal. Government programmes since 1994 have delivered only in part. The will, politically and socially to drive radical changes to our economic models and improve the quality of life for all seems to lack in both discipline and ideas.