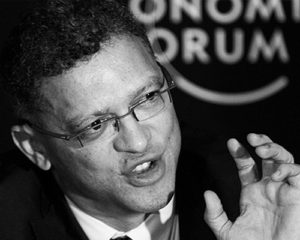 Mr. Leslie Maasdorp who is one of ALI Fellows was appointed as Vice President of the (BRICS) New Development Bank.

The Brazil, Russia, India, China and South Africa (Brics) New Development Bank (NDB) will be led by KV Kamath, who was appointed as its president, in Moscow, Russia on Wednesday. Prior to the appointment, Kamath served as chairperson of the second-largest Indian information technology services company Infosys, as well as the nonexecutive chairperson of India’s largest private bank ICICI Bank.

Banking firm Bank of America Merrill Lynch Southern Africa president Leslie Maasdorp was nominated as VP of the NDB, while former South African Reserve Bank governor Tito Mboweni was appointed nonexecutive director. The executives were tasked with establishing the necessary processes for the approval of projects to be financed by the NDB. The identification of the projects would be dependent on countries’ own domestic processes, while the NDB would receive and evaluate project proposals. The agreement to establish the NDB was signed by the Brics leaders in July 2014. With each of the Brics members contributing $10-billion to the NDB, it would have subscribed capital of $50-billion. The executive management team would move to the NDB temporary headquarters in Shanghai, China, which pipped India and Johannesburg in the decision. However, the NDB’s Africa Regional Centre would be established in Johannesburg, which would identify projects that were ready to be financed.