HomeLessons from the Humanitarian Initiatives Of Covid-19

Lessons from the Humanitarian Initiatives Of Covid-19 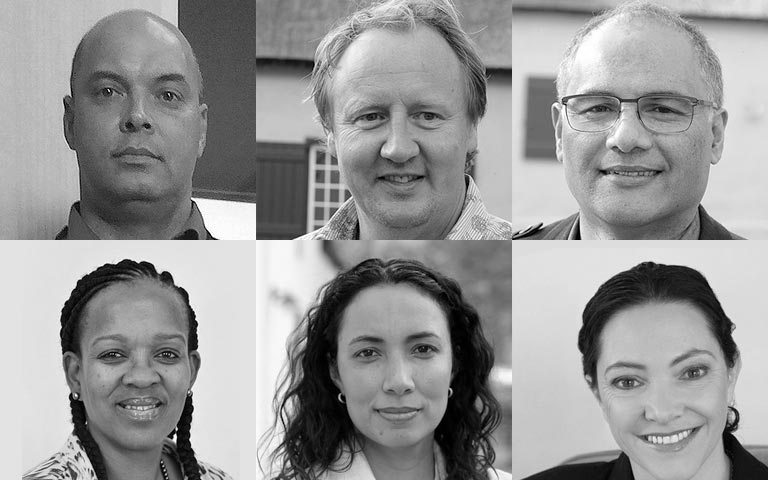 The numbers of those in South Africa who are thought to now need food relief vary, depending on who you talk to [1]. Gift of the Givers director Dr Imtiaz Sooliman says maybe about 20-million. Andy du Plessis, manager of FoodForward, says it could be 30-million including those who were previously below the poverty line, those who lost their jobs during the pandemic lockdown, and those who lost access to food when schools stopped providing it. A University of Johannesburg survey indicated that 34% of those interviewed had gone to bed hungry during the pandemic; an AskAfrika survey indicated that 54% of adult respondents had reduced the number of meals they ate due to lack of food; and a NIDS-CRAM survey indicated that 47% of respondents reported that their homes ran out of money to buy food in April.

Civil society has played a critical role in stepping up to provide support. The innovations that flowed from ALI Fellows’ involvement in some of these initiatives offer some learnings about how we should be thinking about humanitarian aid as we head into an increasingly desperate future.

For many, humanitarian effort is dogged by concern about the self-fulfilling nature of aid, coined “the Samaritan’s Dilemma” by Nobel Laureate economist James Buchanan. Essentially, this holds that the offer of aid, even in extreme circumstances such as we see today, generally will bring about some worsening of the conditions that evoked the initial offer of assistance.

At this time, the best possible response is to remain alert to, and deeply interrogate, the unintended consequences of  strategies. The initiative now known as the Mthunzi Network, is informed by just such a consciousness; and at a community level honours the Sphere[2] group’s advice to “treat [disaster victims] as equal partners, and to portray an objective image of the disaster situation where the capacities and aspirations of disaster victims are highlighted, and not just their vulnerabilities and fears”.

The progress to the point at which Mthunzi now is, is interesting to note.

In the early days of the crisis, civil society jumped into action with multiple overlapping and intersecting discussions, all broadly concerned with the actions possible and necessary, and the challenges implicit in the situation. There are, for instance, multiple weaknesses associated with the obvious first step in food aid: food parcel distribution. These include:

The pivot to instead distributing vouchers was raised and quickly gained traction, and prototype vouchers which could be digitally distributed to cell phones and exchanged at local stores were being used as early as the last week in March. The trial in Cape Town, KZN and Gauteng using Shoprite Checkers by the Warehouse led by Craig Stewart was successful enough to continue pushing in this direction.

In parallel, the SACC had established a Covid-19 Relief Working Group which developed a framework that allowed for food relief actions through churches and LEANs (Local Area Ecumenical Action Networks). LEANs is a multidenominational interconnection of different churches, which – similar to the neighbourhood CANs (Community Action Networks) – connected churches from richer areas with those in poorer areas.

At the same time, conversations with the African Venture Philanthropy Network’s Covid-19 response team arrived at the same conclusion: the food parcel system destroys local retail and logistical systems; and that these could be replaced by a system of vouchers using established logistics system already supplying the township based retail sector.

ALI Fellows being active in all three of these networks resulted in them joining forces by the end of March and catalysing the results.

BRINGING IT TO LIFE

First steps required the development of a technology platform, which kicked off in April; and funding. To fund the work, ALI had secured a grant of US10 000 from the US-based philanthropists, the McNulty Foundation, which is associated with the Aspen Global Leadership Network. By the third week of April, discussions were underway with respect to the Solidarity Fund voucher initiative; and just six weeks after the first stirrings of collaboration, a drop of R200 000 was distributed through an early version of the platform.

Meanwhile, the Solidarity Fund,  SACC and ALI Fellows were exploring support for  voucher distribution and found success at the very highest level, ultimately resulting in an endorsement from President Cyril Ramaphosa. As a result, the Solidarity Fund agreed to a distribution of R9m to 22 000 households which took place successfully on version 1 of the platform, using distributors  to enable the redemption of vouchers at major supermarkets and in local township stores.

Experimentation continued in coordination with other partners, and the platform became iteratively more robust and refined. By May, it had been decided to proceed with incorporating what is now known as the Mthunzi Network; and it became official as a non-profit company in early June. “Mthunzi” means “shadow / protector against the heat of the sun”.

The Solidarity Fund has now appointed Mthunzi for a further R31m distribution to 45 000 people identified by the department of Social Development, the SACC and the National House of Traditional Leaders. The distribution will be both urban and rural and will be in the form of vouchers redeemable at a range of different stores with the choice of store being made by the final beneficiary.

Further discussions are being held for a distribution of a further R45m. If this is successful, the total amount Mthunzi would have distributed to people most in need would have reached R100m by the first quarter of 2021.

Development is ongoing, and the vision is to arrive at a hyper-local system, where local organisations can identify those most at need and link them to a platform through Mthunzi where they can get access to aid that is delivered to them in a manner that ensures their dignity and choice is maintained. The hope is that this will be adopted elsewhere in the world for the distribution of digital aid.

For the ALI Fellows involved, as well as for those they collaborated with, one of the major takeouts was the power of multiple networks working together. There is a great wealth of talent, knowledge, skill and connection within ALI. What Mthunzi demonstrates is that the value of the Fellowship may be immensely amplified by strategic and intentional collaborations.

This work was dependant on the skills and heart of Craig Stewart of Warehouse, Marcus van Wyk from YFC, Sarah from City Hope, Kathryn Grace from GLU Global, Shavani Ranchod through Solidarity Fund, Flash Network, VPUU and the Douglas Murray Trust.

Thanks are also due to the ALI Fellows and collaborators who served as the engine for this initiative: Roger Dickenson, William Frater, Brent  Williams (who brought a large team of legal minds), Bongiwe Njobe, Monique Mathys, Nicola Galombik in her capacity within Solidarity Fund, Ravi Naidoo and others who played varied roles.

[2] Sphere https://spherestandards.org/ was started by a group of humanitarian professionals to set stands for action, quality and accountability during disaster response. The Humanitarian Charter flows from their work.