HomeLetter from Ralph: The global race against coronavirus

Letter from Ralph: The global race against coronavirus 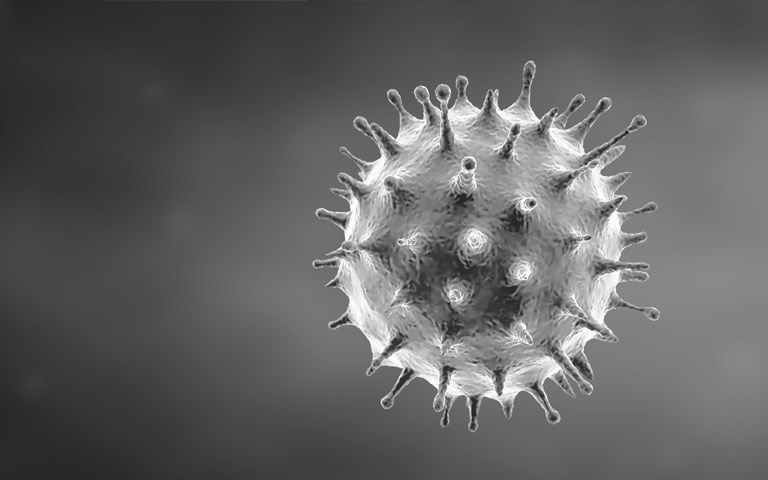 By now, we all have the image of the coronavirus in our minds. It floats like a weapon from World War 2. A mine to destroy ships along with the trade and people they carry.

Fear seems to be driving decisions of governments and individuals instead of good risk assessments. This is because we really do not have all the information we need, and the longer-term impact is not yet measurable. The disease has been with us for too short a time for accurate predictions and our understanding of the virus, whilst growing quickly, is limited. This does not stop predictions being made – with a bias to the worst as this sells news and captures the attention of populations in order to drive home the behaviours that might limit the spread of the disease and the death and disruption it will cause around the world.

Should we be anxious? Definitely. Should we panic? Most definitely not! Will those seemingly small actions help? Yes! Wash your hands properly with soap, maintain social distance, limit contact and don’t travel to the heavily infected areas of the world. Most importantly, pay attention to fact-checked updates.

Garlic and reduced sugar intake will not stop the virus and reduce its spread.

Italy is on lockdown. Drastic action has been taken. 60 million Italians have had their movement restricted by their government. Their military police are enforcing travel bans on the roads, British Airways has cancelled all flights to and from the country and trains have been cancelled. The lesson for us in SA is that Lombardy, one of the worst infected areas, has 500 public health intensive care beds and (as I write this) nearly 800 cases. World Health Organisation staff are “encouraged” that Italy has acted in this way and “hope” that the measures will prove effective. Michael Ryan (WHO) says that these measures could buy time for other areas of Italy to prepare and that reducing the flow of potential infections to other areas may mean that those zones will have a different outcome. The big question, he asks, is whether these restrictions will work?

South Africa has a huge disease burden – AIDS, TB, diabetes, high blood pressure – as well as a large proportion of our population living in poverty with reduced wellness due to inadequate diet, shelter and access to health facilities. Add to these factors the large, densely populated, informal peri-urban areas in all our cities and the outlook is bleak. These increase the probability of a fast spread of severe cases of the disease, with the potential of high numbers of casualties. In Wuhan, China, people with sepsis (half of those admitted to hospital developed sepsis) or blood clotting problems were most likely to die.

Why so few Covid-19 cases in Africa?

As was the case with the H1N1 (SARS) outbreak, experts still do not know why so few cases of the new coronavirus have been reported in Africa despite China being our top trading partner. Egypt remains the country with the most infections, though half of those come from a single group who travelled together on a cruise on the Nile.

Only Senegal and South Africa originally had laboratories to test for the virus and the WHO raced to help as many others as possible to build the expertise, with a good outcome: many more now have the capacity but at a limited scale. Areas with experience with Ebola outbreaks might be best prepared to deal with the economic and social impact.

Rwanda has recruited final-year medical students to screen travellers at airports. Many countries are cooperating with each other and working through the African Center for Disease Control supported by the USA. The question is whether the low number of reported cases is due to a lack of detection or that the virus simply has not taken root. No-one can answer that yet. The low age of African populations might be a factor. A caution is that during the Ebola outbreak in 2014-2016, many deaths were the result of resources being diverted from other diseases.

How dangerous is this disease?

There already has been a massive impact on the global economy with the consequences of increased unemployment and curtailed production and distribution of food, medicines and other essentials. The indirect impact on global wellbeing is still growing.

“How likely am I, and my loved ones, to die?” is really the first question on people’s minds. The answer is not at all clear. The death rates range from 3,4% (WHO) to 0,7% (South Korea and China). Both these are accurate, given different assumptions and decisions on what to count. In some countries such as the USA and Iran, too few people are being tested to make accurate measures of death rates. Also, the health infrastructure, disease burden and age profiles will determine the reality for different regions. A big problem in making the assessment is the recording of those infected without any or only mild symptoms who are not tested. Some of the calculations estimate this and some do not. An accurate answer is not available. This being true should not be allowed to delay and limit the responses by governments or individuals.

On Sunday, President Ramaphosa announced a well-considered set of actions in line with what is emerging as a global practice. We can but hope that this limits the harm the virus causes in South Africa.

Anti(corona)viral drugs – the race is on

Many labs, private and government, are working on vaccines and drugs to prevent and fight this infection with coronavirus. Drugs used to tackle other diseases such as AIDS are being trialled in China and the USA. A French company is working on a vaccine. Global cooperation is being driven by the Coalition for Epidemic Preparedness Innovations (CEPI). Established by the Gates Foundation in partnership with several governments, CEPI hopes that within three to six months medicines can go on trial. We can only hope that they are successful. An outsider possibility is that the virus, like SARS and our annual flu, runs its course and disappears from our news screens.

This is to be hoped – but cannot be planned for.

It’s getting hot around here!

FacebookTwitterLinkedin Predictions of doom are as bad as denialism. There is much we can do to shift the trajectory of climate change.  We currently face the greatest challenge ...