HomeMessage from the Chair, Adi Enthoven 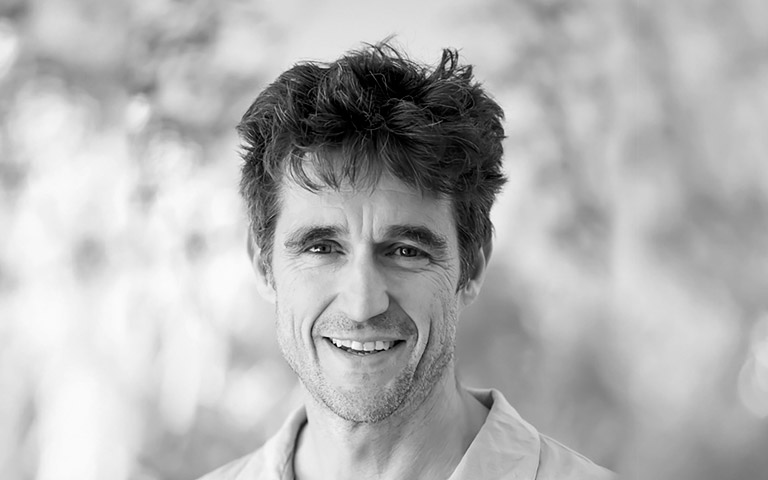 2019 has been an intense year. In terms of our political, economic, environmental and social contexts, it has often been a year of painful attrition of the good.

Most in the news, perhaps, has been the impact of the accelerating implosion of state-owned enterprises (SOEs), in particular Eskom and SAA. Political credibility has been as badly hit as business confidence. The results of the political ineptness that led to this are all around us, in the form of growing unemployment, an ever-widening wealth gap, and a citizenry that is being failed by its leadership. Even as we celebrate those who in many different ways are fighting to reel back State Capture and expose those who have perpetrated it, we know that the journey back to health is long, and hard.

Environmental incidents – the canaries in the coalmine of climate change – include the drought that is currently deadening much of South Africa and – at the other end of the spectrum – cyclones which devasted Southern Africa’s eastern coast and as far inland as Zimbabwe. The controversies at COP19 about the continued influence of dirty energy, the low ambitions of the conference and the lack of new financing were not encouraging.

But always, the actions and activities of the Fellows have replenished the well of optimism and hope. For me, the Fellowship is a daily reminder that especially when things seem super-complex and hopeless, it is important to focus on the fact that there are more people committed to The Good Society than those who seek to erode it. So as I write my last communique of the year, I’d like to celebrate our Fellowship.

Fellows have in this year made interesting and powerful career moves, and are doing work that I’d like to honour:

Dele Olojede (Class II, Kilimanjaro) convened the first Africa in the World ideas festival at Spier outside Stellenbosch, Western Cape. It was an exciting, provocative, invitation-only four-day prototype of an event which will open up its doors more widely from 2020.

The work of Futhi Mtoba and Mothomang Diaho (both Class II, Kilimanjaro) with TEACH SA, addressing the critical issue of school education, has seen promising results. Every young person who leaves school well equipped for tertiary education, and committed to building our nation, is a win; so when we see maths averages going from 27% to over 78 (one of the results at a Brakpan school), there’s reason to celebrate.

Roger Dickinson exercised great leadership in stepping up as part of a coordinating team to address the medium- and long-term fallouts from Cyclone Idai in Mozambique, Malawi and Zimbabwe; and in reaching out the network to support the efforts.

Bongiwe Mlangeni (Class XI, Tekano), head of the Social Justice Coalition (SJC), was at the forefront of championing Caster Semenya’s rights in front of the International Association of Athletics Federations (IAAF), who were seeking to impose new regulations on the classification of women athletes. It’s a complex and painful issue, which the SJC identifies as a social justice issue; for all men and women who, like Caster, struggle with society’s prejudice, this high profile, international test case – irrespective of the outcome – was emotionally and legally an important step in raising consciousness.

Hugh Whalan and PEG Africa, his West Africa-based pay-as-you-go (PAYG) solar company, have raised a US$25m Series C funding round, taking its funding total to US$50m, and allowing it to cement its position as the leading provider of assets such as solar home systems to under-served households in West Africa.

Another powerful influencer, though this time behind the scenes, is Busani Ngcaweni (Class X, X-seed) who was appointed to lead President Cyril Ramaphosa’s reinstated advisory unit, the Policy and Research Services.

In other meaningful moves, Konehali Gugushe, (Class X, X-Seed) was promoted to Chief Financial Officer of Land Bank; Linda Mateza (Class IX, Tariro) was appointed chief executive and principal officer of the Eskom Pension and Provident Fund (EPPF); and Lesego Senello (Class X, X-Seed) has joined the Board of the International Women’s Forum of South Africa as its treasurer.

Nicola Galombik (Class III, Seriti) and her colleague in Harambee Incubator, Maryana Iskander, won the coveted 2019 Skoll Award for Social Entrepreneurship. These Skoll awards are made annually to leaders who disrupt the status quo, transforming the social landscape and driving large-scale sustainable change. Importantly, the awards are not given as much for what has been achieved in the past, as in light of what the Skoll judges perceive the future potential for impact to be.

Joshin Raghubar (Class IV: Kalipha) was announced as Laureate for the 2019 McNulty Awards. Joshin is a tech and social entrepreneur, using, the McNulty Foundation said, his “expertise, experience and networks to build and lead transformative social impact ventures” in South Africa.

Basani Maluleke (Class IX, Tariro), CEO of African Bank, made the cover of Forbes Africa magazine as one of “three bankers who are shaping how banking will look in the next five years”.

We had some great Dialogues this year, led by – among others Prasa Board Chair Khanyisile Kweyama: “Delivery, Integrity and Leadership in South Africa’s SOE’s”; Presidential Advisor Anton Eberhard, on the implications of the mooted Eskom unbundling; Drs Malixole Percy Mahlathi (Class V: Mayihlome) and Ayanda Ntsaluba (Class I: Inaugural Class) on “The NHI Bill: How Will it Reform Healthcare in South Africa?”; and Ferial Haffajee (Class II, Kilimanjaro) on “The Fightback”.

There were also some panel discussions and some cyber Dialogues, conducted via Zoom, including “The Constitution and the Economy: Renewing and Implementing the Social Contract”; and the 2019 Budget Speech Dialogue.

I wish you a peaceful holiday season, and a fruitful 2020.

A Message from the Chairman

FacebookTwitterLinkedin Dear Fellows, To say that 2020 was a year like no other, would be classified as a massive understatement. The COVID-19 pandemic has been the item looming la...

FacebookTwitterLinkedin Written by Dr Zoe Lees It’s all very well talking about these lofty ideals of a new order for Africa, but in sub-Saharan Africa we are facing serious huma...

FacebookTwitterLinkedin 2020 was a year in which natural phenomena shocked the globe in many ways. If we didn’t fully appreciate the economic imperative of addressing climate cha...