HomeOry Okolloh and the need to tell a better African Story

Ory Okolloh and the need to tell a better African Story 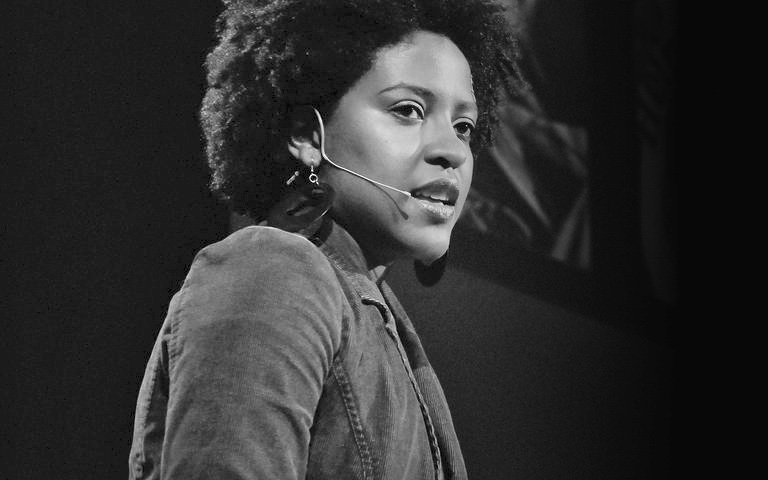 “My vision for Africa is that my daughter, and any other African child being born today, can be whoever they want to be — here in Africa, without having to leave. And they can have the possibility of transcending the circumstances under which they were born.” — Ory Okolloh

Accept it or not, Africa is slowly rising from the dire challenges that have seemingly held the continent stagnant. It is no longer a debate that Africa is making headway with many African countries showing economic growth and significant social transformation. From the shores of Mozambique to the lands of Rwanda, from the East of Ghana to the horn of Ethiopia, the expansion of the African middle-class and rising incomes are speedily driving the continent’s economic growth.

However, Africa which is dubbed the last frontier owes its impressive revival to an emerging group of values-based African leaders and social entrepreneurs, who are championing industries and reshaping the narrative of Africa into a positive one.

Amongst such leaders is Ory Okolloh, an ALI Fellow (Class IX: Tariro), a Director of Investments at Omidyar Network Africa — a philanthropic investment firm, and an indefatigable Kenyan activist who is also the co-founder of Mzalendo, a website that tracks the performance of Kenyan Members of Parliament and holds them to account.

Like many influential African leaders, Ory Okolloh is not short of humble beginnings. In her younger days, she was routinely thrown out of school because her parents could not afford the hefty fees. Moreover, in 1999, she witnessed her father succumb to AIDS while she and her family tried to raise the money to keep him alive.

In a presentation she conducted with TEDTalk, she shared this profound statement regarding her story, “Imagine if this is all you knew about me. How would you look at me, with pity, and sadness? This is how you look at Africa — this is the damage it causes. You wouldn’t see the other side of me. You wouldn’t see the blogger, the Harvard-educated lawyer, the vibrant person, you know?”

According to Okolloh, It is imperative for Africans to stay in Africa and get better at telling their own stories in order to direct the African narrative. Her passion for Africa was so strong that it led her to forfeit a generous and life-changing offer from DC Law Firm to return from Harvard to her homeland in Africa to make an impact on her society.

An agent for a good society

In 2005, Okolloh graduated from Harvard University and returned to the motherland. She founded Mzalendo, a website that keeps track of the activities of parliament representatives in Kenya. The site monitored every bill, analysed every speech and interrogated almost every Minister of Parliament to promote transparency and accountability in the Kenyan government.

“Accountability stems from demand. You’re not just going to be accountable out of the goodness of your heart. And we as Africans need to start challenging our leaders.” — Ory Okolloh

After the post-election violence of 2008, Ory Okolloh was very vocal on the state of Kenya. She went even further and co-founded Ushahidi, which means ‘testimony’ in Swahili. Headquartered in Nairobi, Ushahidi became one of the world’s leading free open-source platform for crowdsourcing crisis information. The platform helps people report election violence; it has been used to monitor elections in Kenya and other countries. It has also been used to track violence in the Eastern Congo and map the post-earthquake crisis in Haiti and other areas.

Okolloh’ s  impact caught the attention of Google and was appointed by the giant-tech company as their Policy Manager for sub-Saharan Africa.  She became responsible for managing government relations and driving the implementation of policies as a way to increase Internet access and support the growth of local online content.

The future of the Kenyan Pundit

Okolloh has had numerous requests to return to her blog, Kenyan Pundit and voice out her thoughts on social and political issues of the day. Her last post was in December 2010, where she announced that she was stepping down as an Executive Director at Ushahidi. Speaking to Forbes, which named her in 2012 as one of Africa’s Most Successful Woman, she cited that she had become too busy and could not afford the amount of time and attention that is required to blog on a regular basis.

“Twitter killed my blog, these days if I have something pressing to say, I can easily get it out there with as few words as possible, without having to think about a blog title and paragraphs.” — Ory Okolloh

In light of the recent events, after the Kenya’s Supreme Court annulled Kenya’s last presidential election (won by incumbent President Uhuru Kenyatta). Okolloh took to Twitter and poured cold water on local and foreign media houses which seemed to stir the pot by insinuating that Kenya was a divided nation and was in turmoil.

Okolloh’s sentiment is that the ruling affirmed Kenya’s democracy, and should be treated as such. This speaks to the urgency and needs for Africans to begin to acknowledge and tell positive and unexaggerated stories for Africa. Stories that build our continent and help create a good society.

The Africa Leadership Initiative remains proud to have contributed to cultivating enlightened and values-based leaders such as Okolloh, leaders who are not only impacting their society and continent but are also shaping the narrative of Africa as they encourage other Africans to do the same, and tell a better story about Africa.