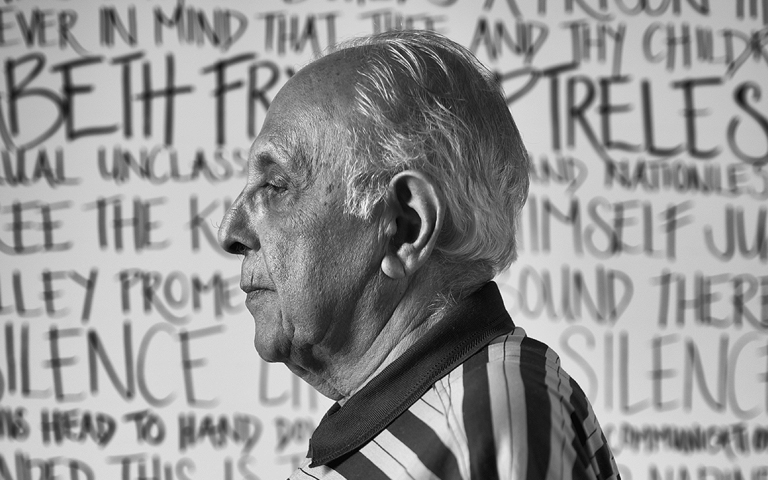 There is no doubt that the new South Africa was built on the blood and sacrifices of great leaders both sung and unsung heroes. These are leaders who dedicated their lives to fighting for the emancipation of all South Africans who were marginalised and oppressed by the Apartheid government.

One of the many national heroes of our time that helped lay the bedrocks of freedom is the late and legendary Ahmed ‘Uncle Kathy’ Kathrada. He was one of the African leaders who stood fearlessly and spoke boldly against racism and inequality, at a time when apartheid and oppression loomed over our country.

At the tender age of 12, Kathrada would be found at street corners distributing pamphlets for The Young Communist League (YCL), or chalking political slogans on walls. He was also spotted at night plastering stickers on railway coaches in a YCL guerilla campaign to voice out against the injustices of then.

At the time, little did Kathrada know that, decades later, in 1964, he would be one of the youngest of the legendary Rivonia Trialists; alongside Nelson Mandela, Walter Sisulu, Govan Mbeki, Raymond Mhlaba, Andrew Mlangeni, Denis Goldberg and Elias Motsoaledi.

Years before the Rivonia Trial, the young Kathrada (at the tender age of 17) participated in a number of anti-racism campaigns, one of which was the Passive Resistance Campaign. Throughout the campaign he spoke and protested against the Asiatic Land Tenure and Indian Representation Act (often known as the Ghetto Act). The act sought to give Indians limited political representation and aimed to restrict where they could live, trade, and own land. During that period, Kathrada, along with other activists, led a campaign so fierce it led to 2000 arrests where he served one month in a Durban prison. Later that year, he met Mandela and other prominent ANC leaders for the first time.

A decade down the line, Kathrada (who had now ascended as the Chairperson of the Transvaal Youth Congress) led a large multi-racial South African delegation to attend the World Youth Festival in Berlin. During that period, he visited the Auschwitz concentration camp. His visit to the camp affected him deeply, and his convictions and criticism of non-racialism grew louder and bolder.

In 1955, Kathrada played a pivotal part in organising the Congress of the People in Kliptown, a congress alliance that adopted the Freedom Charter. In 1960, after the massacre of the Sharpville anti-pass protesters by the police, he was detained for five months during the state of emergency. Around the same time, the ANC and PAC were banned. The following year Kathrada was arrested for his role in a committee that challenged and opposed the declaration of South Africa as a Republic.

From then on, he began attending secret meetings at Liliesleaf Farm in Rivonia, which was the underground headquarters of the ANC. It was no later than 1963, that the apartheid police raided Liliesleaf Farm and arrested Kathrada and other ANC leaders.

All these events subsequently led to the infamous Rivonia Trial in which eight accused were sentenced to life in prison — Kathrada was amongst one of them. Mandela, who had already been in prison, was flown to Pretoria to stand as the number one accused. All leaders were found guilty for their involvement in uMkhonto we Sizwe, the armed wing of the ANC. They were all sentenced to life imprisonment with hard labour.

But as history has been told, prison can never silence the integrity of leaders. The contributions and sacrifices of the many leaders such as Kathrada, made possible the dawn of our freedom. After 25 years behind bars, in 15 October 1989, Kathrada was eventually released from prison.

Ironically, Kathrada later served as Chairperson of the Robben Island Museum Council, leading remarkable and heartbreaking tours on the very island he once served as a prisoner. This is a testament that only true leadership of integrity can turn what was meant for oppression into a weapon of liberation.

The Africa Leadership Initiative takes a moment to remember a leader. In memory of Ahmed Mohamed Kathrada (21 August 1929 – 28 March 2017)