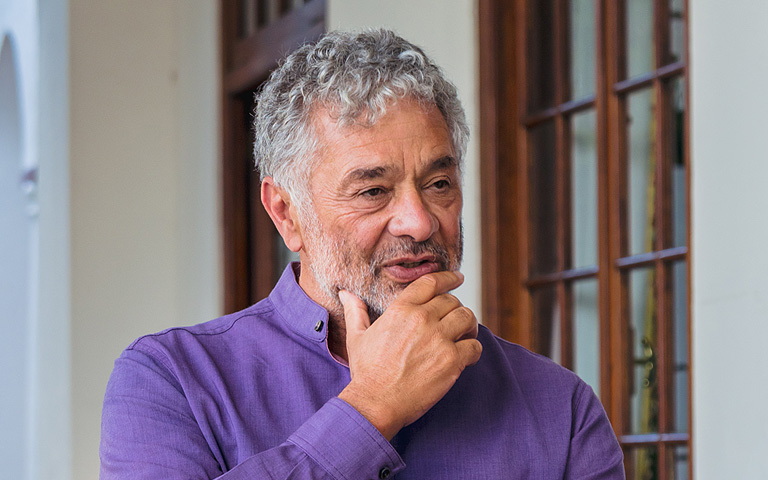 Ukraine and Russia both have founding myths linked to a medieval Viking and Slavic group called the Kyivan Rus. The Vikings were early slave traders whose efforts reached into the Arab and East African world and who settled along their trade routes. The Slavs gave their name to us as “slave” and occupied a large part of eastern and southeastern Europe being still the largest language group. Despite contributing much to the heritage of Europe they have long been subject to slavery and colonialism. Nazi Germany, being late to colonialism, saw the lands to their east as a target for expansion. This resulted in 11m Slavic deaths during WW2.

As a country, like many others in Europe, Ukraine has “come and gone” as a geopolitical entity. At one stage it was part of Imperial Russia, at another it was part of the Grand Dutchy (which included Poland and Lithuania). Early last century Ukraine movements towards independence within (largely) its current borders were strong. At that time its Donbas region was undergoing rapid industrialization and attracted many Russian speakers in search of work and opportunity. Ukraine declared independence at the end of WW1 then joined the USSR as a founding member.

In recent times “Russia” has meant the USSR with its borders closely matching those of Empire of the Russian Tsars. More recently, with the Balkanization of the USSR under Gorbachev in 1991 under as a result of its economic failures, a number of countries once again became fully independent. This interestingly following the understanding of Lenin who had argued for the rights of nations to independence. Stalin and the aftermath of WW2 had largely revoked these rights limiting the powers of the states comprising the USSR. Russia, post 91 remains a federation of states and a world power with nuclear weapons, technical & cyber skills and natural resources- most notably oil and gas, the world’s best wheat lands, some platinum and diamonds. With the world’s political economy underpinned by energy Russia holds a powerful position. Oil & Gas sales support the Russian economy and Putin’s “Imperial ambitions”.

The 1991 agreement to separate into independent states left assets of the USSR in the re-emergent countries. For Ukraine this included several nuclear power stations (including Chernobyl), nearly 2000 nuclear warheads and the main pipelines supplying gas from Russia to Europe. These pipelines are a significant source of income to Ukraine as they earned royalties. They are also a vulnerability to Russia should Ukraine shift its allegiance to the EU and NATO. One Russian response to this was to build pipelines to the EU around Ukraine (such as the Nordstrom 1 and 2) and a political toenadering with China which is energy poor.

As Ukrainian political leadership demonstrated a pivot towards the USA and increased acrimony with Russia over “theft” of O&G by Ukraine, the flow of gas to EU was cut off more than once in the first decade of this century, threatening energy supplies to Europe, cash crises in Russia and both energy and income to Ukraine. This caused much consternation globally given the shifting sands of geopolitical power, the rise of USA energy self-sufficiency and China’s growth and huge need for imported energy.

Add to this Crimea. Russia lost control of the Crimean Peninsula to the Ottomans in the 1800’s after Britain and France joined them to limit Russia’s expansionism. The area remained in Ottoman control till WW1. With the establishment of the USSR Crimea, a part of Ukraine became Soviet territory. The port city of Sevastopol on Crimea was developed as the USSR’s only warm water naval base which gave access to the Mediterranean Sea via the Black Sea and the Sea of Azov. In 1954 the Crimean Peninsula was “gifted” or “recognized” by the Supreme Soviet as territory of the Ukrainian Republic. This was then no threat to the USSR. After the 1991 breakup of the USSR Sevastopol was leased to Russia for its naval activities. This became another great vulnerability as Ukraine faced west.

In 1994, as part of an agreement returning the nuclear weapons to Russia, the borders of Ukraine were formally recognized by Russia and the world. Despite this, twenty years later Russia invaded and annexed the Peninsula, securing the port and the Russian leadership was subjected to sanctions which had little impact other than to help Russia prepare for a larger annexation of parts or all of Ukraine, securing its pipelines to Europe. It appears that Russia miscalculated both the geopolitics resulting partly from changing energy dynamics and the will of the Ukrainian people.

Putin’s imperial ambitions, the political economy of energy, shifting spheres of influence and power combine in the destruction of Ukrainian infrastructure and the decimation of its citizenry.

This is the location of “The charge of the light brigade”. A mad imperial action of the Crimean war.

Do we spare a thought for the Russian soldier dying in the tanks?