HomeThe constitution and the economy: Eskom and the other SOEs

The constitution and the economy: Eskom and the other SOEs 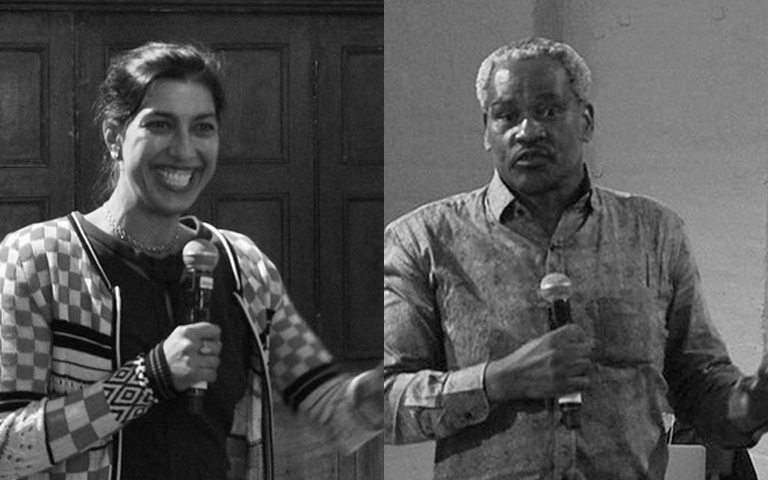 ALI’s March Dialogue in Cape Town was entitled: “Eskom through the gloom: placing the Constitution at the centre of the reform discussion”. Unusually for any conversation involving Eskom, the Dialogue was largely uplifting. This had nothing to do with good news, regrettably, but arose from the refreshed awareness of the quality of goodwill that is being brought to solving the problem by a broad spectrum of South African society. The congruence between labour and business, as represented by Cosatu and Investec, really stood out.

In his opening remarks, the Centre for Constitutional Values’ Edward Shalala pointed out that the South African Constitution embodies a “social compact” on the economy which speaks to the creation of sufficient national wealth to progressively achieve social justice. In essence, this is:

This last is not just a right, Shalala said, but a constitutional responsibility; and it requires us to work authentically and wisely together, balancing different interests for the common good.

Introducing the Dialogue, Simon pointed to the fact that in his 2020 State of the Nation address, President Cyril Ramaphosa had woven the notion of social compact into this speech nine times, repeatedly stressing that government cannot, and does not expect to, solve South Africa’s social challenges without the engagement of business, labour, special interest groups and broader civil society. “It is through partnerships and cooperation that we progress,” Ramaphosa said, making specific reference amongst others to the Jobs Summit and its ongoing collaborations; to the masterplans for growth-creating industries; and to Nedlac where agreement is being sought on the principles of a social compact for electricity.

Speaking first, Cosatu’s Mathew Parks reiterated that Cosatu’s primary responsibility was to protect workers’ jobs and pensions; and that the knock-on effects from the collapse of Eskom were catastrophic for workers. “Members are being retrenched from the public and private sectors,” he said; “they are bleeding, they have rising levels of debt…” The wake-up call for Cosatu, he said, was the realisation that there was no plan to save Eskom, which has upwards of R450-billion in debt. “Eskom costs us R2bn a day in loadshedding; it hasn’t been accountable to the country for the longest time. The looting is blatant.”

South Africans can, however, Matthew said, make progress “if we all pull together”.

Cosatu, therefore, put forward a raft of proposals to government decision-makers late in 2019 and again at Nedlac early in February, most controversially the notion that the R104bn of Eskom’s debt held by the state pension fund be converted to equity owned by the workers. It wasn’t the first time Cosatu has stepped in to save jobs, Matthew pointed out: 40 000 direct jobs and 100 000 indirect jobs were threatened by Edcon’s crisis in 2018. Cosatu was reported to have put pressure on the Public Investment Corporation (PIC), which manages more than R2-trillion of mostly government worker pensions, to make a R2,7bn investment in Edcon. “It was a great experience,” said Matthew, and informed the proposal to develop a social compact approach to supporting Eskom through its current crisis.

At Nedlac, he said, this conversation was fruitful: “we found each other on most dimensions, even prescribed assets”. But, he said, referring to Government resistance, “Luthuli House isn’t serious about the economy.”

Investec’s Nazmeera Moola picked up the conversation by dividing the problem into two main dimensions:

–    Eskom has an unmanageable debt.

On the matter of Eskom’s unmanageable debt, Nazmeera was clear that she was not a supporter of the conversation about prescribed assets. South Africa has a very worrying history in this: the apartheid interpretation of the mechanism impoverished investors, through their being obliged to invest in under-performing funds. Rather, she believes, the mechanism we should talk to is impact investing. The essential difference between the two is that in the latter, asset owners have a choice about where they put their money, thus supporting solid investments.

Focusing on the first dimension: Nazmeera was clear that the private sector must own up to its part in the problem. “It’s not just middlemen and their layer of costs,” she said. “It’s also the private sector which buys cars in exchange for signatures on substandard coal….” What is heartening, however, she added, is that from “standing on the outside shouting at one another, we’re now climbing into the tent together. It’s a massive shift. That’s how we begin to find solutions.”

To counteract the crippling burden of Eskom’s inability to meet the nation’s power need, Nazmeera argued that the private sector should be permitted to self-generate as much as it needs to, and to be able to push the rest back into the system, across the grid – for instance, to be allowed to build a power plant where it’s most cost-effective to do so, pay a user fee to Eskom for transmission, and ensure the continuation of supply to the industries which are its customers.

To make this kind of PPP work, however, much clearer evidence of governance will need to be seen in Eskom and elsewhere in government.

Cosatu’s position on this, Matthew commented, is that on principle it cannot agree to privatisation. Eskom, however, is killing the mining industry, which has already shed half a million jobs, with more job losses likely. Therefore, Cosatu accepts PPPs as inevitable – “but our ask is that they don’t bleed Eskom.

“Our workers are deeply traumatised. Can we look at having worker-owned generation capacity?”

When the conversation was turned over to the floor, Lumkile Mondi issued a warning that the Nedlac discussions could be derailed by the deeply divided nature of the country, and the “never-give-an-inch” transporters and miners of coal. The leadership we need, he said, requires us to take the rupture, and take the pain, and build the innovation we need.

Dirk de Vos spoke with passion about how Eskom was, in the beginning, fundamentally structured to serve the apartheid government’s minerals structures. “Nobody cared about the lungs in Mpumalanga.” The youth who live close to the Witbank Eskom generation facility, Dirk pointed out, cannot get jobs there, because they won’t pass the medical – their lungs are too compromised by the pollution in which they have lived their whole lives.

He was scathing about the latest bailout: “Eskom is worth R150bn. The latest government bailout is R250bn. What, exactly, are we buying?” Eskom, he said, “needs to be structured into something completely different. We’re sitting with legacy; we need to look at the way the world has moved.”

Transition, he concluded, doesn’t mean we keep doing what we do. It means we re-understand what is going on. The cost of renewables has dropped so far, so fast, that it is cheaper to build a renewable generation facility from scratch and run it than to continue to run the legacy coal-fired power stations – and there are potentially more jobs, and cleaner jobs, available in this sector.

Another speaker from the floor offered an explanation for why Eskom had allowed its older coal-powered stations to fall into disrepair. Several billion rands and several years ago, he said, the Medupi and Kusile stations together meant South Africa would be in a significant surplus energy situation – so much so that the old power stations could be decommissioned. Maintenance programmes for them were deprioritised. As Medupi and Kusile have fallen behind schedule and overwhelmingly exceeded budget, however, the country has found itself with a significant shortfall.

In their concluding comments, the panellists maintained optimism. “It will be tough, we will box each other, but we will find each other because it has to be done. We are very optimistic. We have to get there,” said Matthew; while Nazmeera pointed out that there is money to help us do the things we need to do; global Green Funds to help with the transition.

From the floor, James Taylor commented that the dominant practice and approach woven into the very fabric of the way we organise continues to use power and advantage in pursuit of own interest. At this time, where the impoverishment of human and natural eco-systems is endemic, developing practical skills in social compacting for the greater good “is a very encouraging thought and aspiration, and a vital contribution”. But, he warned, it’s going to take more than transitional thinking: “it’s a new form of organisation that we have very little experience in, and it’s about a deeper purpose to arrive at outcomes and solutions that benefit society as a whole.”

Finally, Simon and Edward stressed that dialogue is critical to make sure that the assertions that serve disruptive purposes (e.g. that the Constitution was designed by the elite to protect their own interests) doesn’t build enough momentum; to make sure that facts prevail. Acknowledging that there are deeply vested interests that don’t want the changes that are going to be put in place, they said: “We have time. A president who understands. A greater pragmatism among stakeholders, that we hope will be rooted in the Constitution.

“The consequences of not fixing it are deeply social.”

In his concluding remarks, ALI’s Ralph Freese spoke to the responsibility of South Africa and South Africans to continue to nurture “green shoots” for the continent of Africa as it, along with other big economic powers, Congo and Nigeria, fail to take the lead and drive a pan-continental vision with consequences for the continent as a whole, saying that better solutions may well be found in cooperation across national borders than within South Africa on its own.