HomeThe NHI Bill: How Will it Reform Healthcare in South Africa?

The NHI Bill: How Will it Reform Healthcare in South Africa? 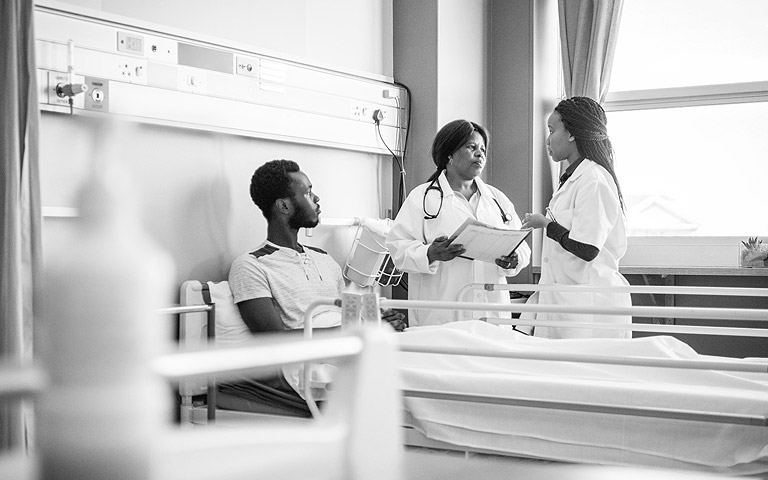 Since it’s promulgation, the National Health Insurance Bill has been a topic of hot discussion, with varying opinions and perspectives coming to the fore. On the 30th of September, ALI will be hosting a public dialogue centred around the NHI, which was announced at the National Assembly on the 8th of August. ALI Fellow Dr Malixole Percy Mahlathi, Class V: Mayihlome, will be chairing the discussion, and Dr Ayanda Ntsaluba (Class I: Inaugural Class) will be sharing his insights on the NHI Bill.

On the 8th of August, Minister of Health Dr Zweli Mkhize announced the NHI Bill at the National Assembly. The purpose of the NHI Fund is to ensure that all South Africans have access to quality healthcare. Currently, only 16% of the country can afford medical aid and the other 84% have no other choice but to rely on the public healthcare system, which is known for being in crisis and not being able to fully accommodate the needs of the majority. According to the Department of Health, the NHI Fund is “a health financing system that is designed to pool funds together to provide access to quality and affordable personal health services to all South Africans based on their health needs, irrespective of their socio-economic status. It is a fund that will pay for health care for all South Africans, there will be no fees charged at the health facility because the NHI fund will cover the costs…”

An alumnus of the University of Natal Medical School, now the Nelson Mandela School of Medicine, Dr Mahlathi is very familiar with South Africa’s healthcare landscape. Not only has he worked in the sector for many years, but he has also been actively involved in policy development as it pertains to healthcare, more specifically workplace health. He played a major role in the development of the World Health Organization’s Code of Practice on International Recruitment of Health Personnel and participated in the Core Expert Group on Health Worker Retention in Remote and Rural Areas. Dr Mahlati is the founder and executive director of the African Institute of Health. He worked as the deputy director-general of human resources at the Department of Health; before this, he was the CEO of the South African Medical Association. It is Dr Mahlati’s wealth of knowledge and experience that make him a suitable candidate to lead ALI’S NHI dialogue.

Another ALI Fellow who will be contributing to the dialogue is Dr Ayanda Ntsaluba. His impressive credentials include serving as the Director General of Health (September 1998 to August 2003) and serving on statutory bodies such as the Medical Research Council (SA) and the Health Professions Council of SA. He is an alumnus of the University of Natal and holds an Executive MBA from the Graduate School of Business at the University of Cape Town. Dr Ntsaluba is currently the group executive director at Discovery Limited.

The ALI NHI discussion will be a stimulating and insightful one in which the Bill will be explored in more detail. More information will follow regarding where the dialogue will be taking place. Keep a lookout for formal invites.

A Message from the Chairman

FacebookTwitterLinkedin Dear Fellows, To say that 2020 was a year like no other, would be classified as a massive understatement. The COVID-19 pandemic has been the item looming la...

FacebookTwitterLinkedin Written by Dr Zoe Lees It’s all very well talking about these lofty ideals of a new order for Africa, but in sub-Saharan Africa we are facing serious huma...

FacebookTwitterLinkedin 2020 was a year in which natural phenomena shocked the globe in many ways. If we didn’t fully appreciate the economic imperative of addressing climate cha...