HomeThe voters have spoken. What is the message this carries for the future of SA? 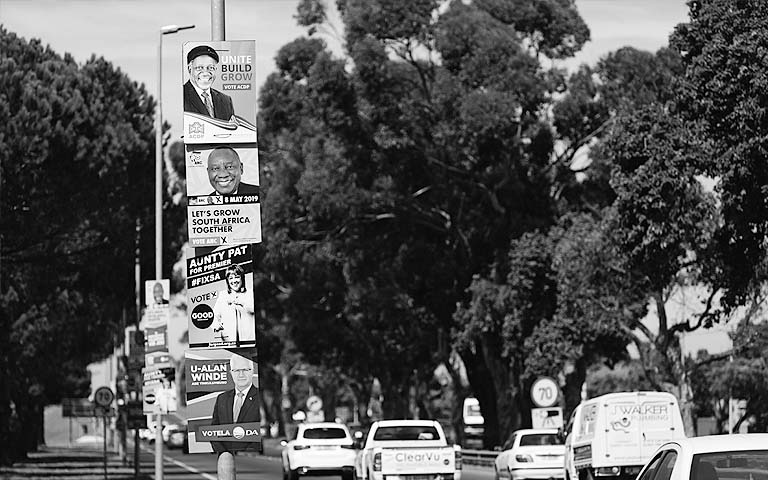 South Africans – at least, the party-political ones – are facing the future with a large degree of consternation since the results of the local government elections were released.

With  42m South Africans eligible to vote and 26m registered these are the key considerations:

The results should be a trigger for reflection for all established parties – not only the ANC, but also for the DA which haemorrhaged votes, and the EFF which lost presence in some critical heartlands. The voters have expressed a general disillusion about formal politics (“my vote doesn’t matter / nothing will change”) and frustration at there being no credible parties (“there’s no one to vote for”).

Jobs were lost and patronage networks disrupted, which will impact the influence and control of all parties over their members.

There is also a very clear message in the popularity of newcomer Action SA, which took 16% of the Johannesburg vote. It is noteworthy that Action SA ate into both the ANC township vote and the DA suburban vote. This is a first in our democratic era, and it shows there is room for a viable alternative party.

Another indicator of public sentiment lay in the success of civic movements such as MAP16, led by 16 councillors who were fired from the ANC in 2018 for opposing and exposing corruption in troubled Maluti-A-Phofung. MAP16 won 20 seats; the ANC lost 40% of its seats in this district. This is a demonstration of democracy in action and the power of people who have simply had enough of municipal mismanagement and graft.

How the parties think about, form and manage coalitions is now top of mind, especially for those whose day-to-day existence will be coloured by the success or otherwise of a coalition government. Historically, South African parties have not built coalitions well; considerations of short-term power and patronage have tended to outweigh service-centricity. The first statements from all three of the dominant parties seem to indicate this will continue at the expense of citizens.

The profound hope expressed through the Dialogue was that political leadership could stretch and deliver efficient coalitions. This was, however, accompanied by scepticism about whether there is either political sophistication or competence to do so.

The trajectory has been set for the anticipated 2022 ANC elective conference and the 2024 national elections. We’ve seen the end of hegemonic power and a breaking up of the political landscape. “It will take enormous maturity to navigate a new landscape, and I’m not sure that maturity exists in the political parties,”  “so I’m looking forward to seeing how civil society steps up and steps in.”

We have an overwhelming tendency to focus on the winning of political power and not on the purposeful wielding of that power to the benefit of the country and its people. None of the three leading parties campaigned on solutions and re-assessments of our trajectory. In fact, hidden in the noise is a scary similarity in ideology and economic theory. An absence of systems thinking and evidence that the downward spiral, psychological, social or economic, can be arrested was evident in all their campaigns.

The future we build depends on having competent government, civil society and business leaders at the table. Leadership that is capable of thinking through the systems that have failed and designing new ones that will pull us out of the dispiriting mess we are currently in.

To begin we have to build a strong civil society – business alliance that holds politicians accountable.

ALI Fellows can and do have a role in this endeavour!