To Be Young, Gifted and Blank – By Raymond Ledwaba, YALI Fellow (Nomvula Class) 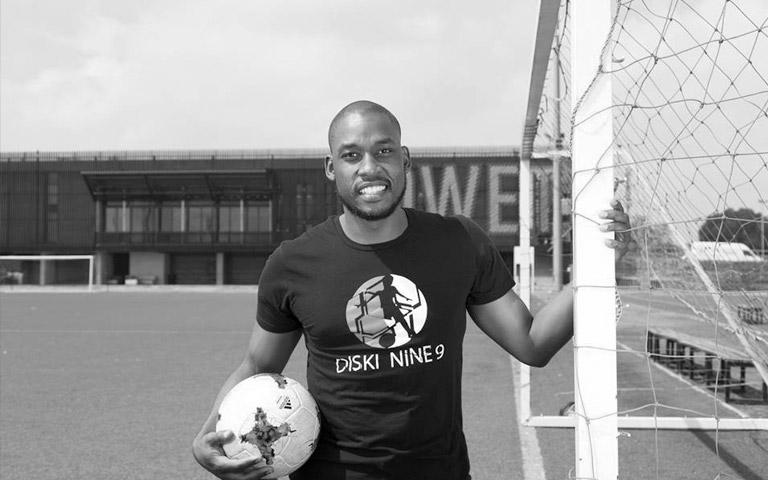 In 1969, the high priestess of soul music, Nina Simone, released a song intended to “make black children all over the world feel good about themselves, forever.” She titled this song “To Be Young, Gifted and Black”. The queen of soul music, Aretha Franklin, covered the song and took it to a whole new level in 1973 when she won a Grammy for it. To be Young, Gifted and Black became an anthem for the civil rights movement and when one listens to the song, it is easy to see why. “In the whole world you know, there are billion boys and girls, who are young, gifted and black, and that’s a fact!” sings Miss Nina Simone.

I was not born when this remarkable piece of art was made, but I can imagine how the song reverberated around the world and gave young black people identity and pride, and affirmed their hopes, dreams and ambitions. As we commemorate Youth Month in South Africa, and reflect on the youth of 1976, I cannot help but wonder how Nina Simone’s song made young black South Africans feel when they heard her sing the following words: “We must begin to tell our young, there’s a world waiting for you.” What kind of world awaited the youth of 1976 when the living conditions, and the education system in particular, did not recognise their gifts?

A lot has changed in South Africa since 1976 and we owe a great debt to thousands of young people whose lives were taken from them, who lost touch with their families through imprisonment, and those who were forced into exile after the 16 June 1976 Soweto uprisings. To this day, there are families that are still searching for their loved ones who vanished on that historic day. The selflessness and bravery of young people, who rejected a political, social and economic system that refused to recognise their gifts, contributed a great deal towards ushering in a democratic dispensation in South Africa. The debt we owe to the youth of 1976 is one that will take generations and lifetimes to repay – and even then, I am not sure if it is one that can fully be repaid.

When I consider the plight of young people in my generation and lifetime, and I refer to Miss Nina Simone’s artistry, I am torn between the “great truth” she sings about in being “young, gifted and black” and the lived experiences of many young South Africans who have been reduced to statistics or acronyms such as NEET (Not in Employment, Education or Training), or labelled as “unrealistic”, “lazy” or “entitled” – social and gender biases used by our elders (and some privileged youth) to conveniently dismiss young people’s voices when they talk about issues affecting their lives directly.

I am extremely fortunate to have received a good education that afforded me opportunities to work for multinational accounting and investment banking firms for close to 10 years. I also consider myself tremendously lucky to have discovered my passion for youth work, and to have had many opportunities to pursue it. My views on the plight of young South Africans are based on my three years’ experience as a grade 11 and 12 accounting tutor, running a social enterprise where I work with young people within the business of sport, as well as my two years of running a software development and consulting company that trains young software developers. With my limited experience in youth work, I concede that youth are not a homogeneous group and therefore I do not purport to speak on behalf of all youth. I recognise my own privilege in having received a good education and my voice in this article stems from my own experience on this very broad topic called youth.

Another disclaimer: I am a terrible singer and I know that, if she were still alive, there would be absolutely no chance of Nina Simone seeking my council regarding her seminal classic, but if the gods of fortune were on my side and Miss Simone were to gift me with an opportunity to cover her song, as she did with Aretha Franklin, I would change the title of the song to: To Be Young, Gifted and Blank!

The conditions millions of young South Africans find themselves in (despite their gifts) have left them with blank employment prospects, blank matric certificates,blank higher education qualifications,blank confidence, blankself-esteem, and blank identity. A young person who has reached blank self-actualisationhas a blank chance of starting and running a successful business.

The move by the South African government (through the National Youth Commission Act of 1996) to define youth as those from ages 14 – 35, a deviation from the United Nations definition of youth as those between the ages of 15-24, is somewhat problematic as it creates a lack of urgency in solving youth challenges. To borrow words from Commissioner Tessa Dooms of the National Planning Commission, giving the government a 21-year period (i.e. from age 14 – 35) to solve youth challenges negatively affects accountability and leads to a lack of urgency in solving youth problems. For example, if government (e.g. the Department of Employment and Labour) were to be asked if it has delivered to a 23-year-old young person, it would be difficult to hold that department accountable if it has not assisted the 23-year-old to find a job because, technically speaking, that department still has another 12 years until the 23-year-old turns 35 to deliver on their mandate for the individual in question.

In the State of the Nation Address, delivered on 20 June 2019, President Cyril Ramaphosa announced a “comprehensive plan – driven and coordinated from the Presidency – to create no fewer than two million jobs for young people within the next decade.” I am not convinced that a plan to contribute 200 000 jobs per year to a pool of over 6 million currently unemployed youths is comprehensive and is an urgent response to the crisis we are facing. Following the President’s SONA, the National Planning Commission convened a two-day roundtable discussion to review the National Development Plan (NDP), with a focus on youth labour market transitions and pathways into the labour market. The purpose of this roundtable was to understand the progress made since the NDP was launched in 2012 and to provide feedback to the President’s comprehensive plan as it pertains to youth unemployment. Present at the roundtable discussion were stakeholders from the public, private, academic and social sectors.

A few key things that struck me, as I participated in the National Planning Commission’s roundtable discussion, is that South Africa has no shortage of interventions aimed at solving the youth unemployment crisis, said interventions include the Jobs Fund, NYDA, Youth Employment Service (YES), National Youth Service, SETAs, Extended Public Works Programme, and Enterprise and Supply Chain Development programmes. Moreover, numerous papers and policies to address youth unemployment have been drafted, these include the National Youth Policy 2015 – 2020, the NDP 2030, and the Youth Labour Market Transition Report (commissioned by the National Planning Commission). Finally, billions have been invested into tackling this crisis; national government, private sector foundations, private sector companies and NGOs are reported to be spending approximately R17 billion,[1] annually, on youth labour market transitions. Despite all these efforts, youth unemployment continues to rise. Where are we going wrong? Are we, as a country, truly treating youth unemployment as a matter that requires urgent attention?

Final disclaimer: I am aware that solving youth unemployment is no easy feat; it involves too many moving parts and is not the preserve of government alone. If we want to come up with sustainable solutions that will move the needle, we need to solve supply side factors such as improving the quality of education and strengthening the entrepreneurial ecosystem, whilst solving demand side factors such as stimulating economic growth (a task that has been elusive for at least the past 10 – 15 years).

As a self-proclaimed prisoner of hope, however, I remain hopeful that there are areas where we could start on a blank canvas when looking at youth challenges and ensure that at least our social and gender biases do not perpetuate an endless state of blankness for South Africans, a majority of which are Young, Gifted and Black!

Raymond is a chartered accountant by profession and a YALI Fellow (Nomvula class). He is the CEO of ITTHYNK Smart Solutions, a software development and consulting enterprise based in Midrand, Johannesburg. Raymond is also the co-founder of Diski Nine9, an NGO that uses sport as a tool to provide life skills education and employment opportunities (within the business of sport value chain) for in and out of school youth.