HomeWalter Isaacson to Step Down as President and CEO of the Aspen Institute.

Walter Isaacson to Step Down as President and CEO of the Aspen Institute. 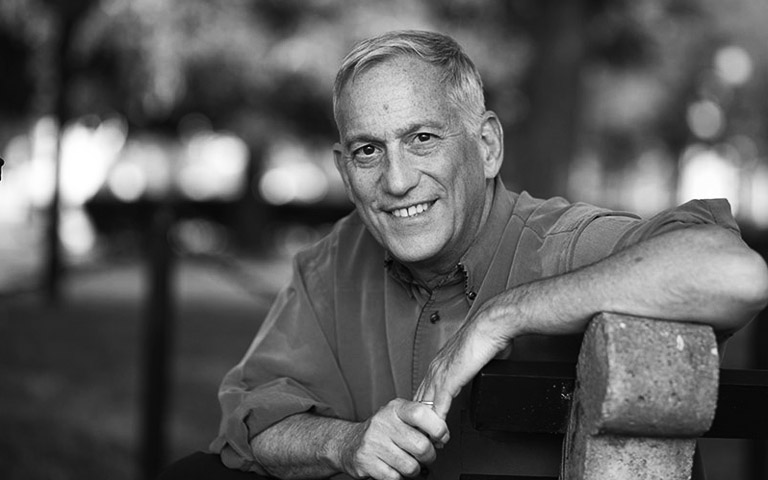 To Serve until Successor Named Later in the Year

Washington, DC — Aspen Institute Chairman of the Board James S. Crown today sent a memo to board members and staff saying that Walter Isaacson had informed him of his plan to step down as CEO and President at the end of the year. Isaacson will be joining the history department of Tulane University as University Professor effective January 2018, and will become an Advisory Partner focusing on technology and the new economy with the global financial services firm Perella Weinberg Partners, where he currently serves on the board. Crown said that a search committee of Institute trustees will begin work to find Walter’s successor promptly.

After an extraordinary tenure of 14 years as President and CEO of the Aspen Institute, Walter Isaacson will be stepping down from his position at the end of this year. Walter’s leadership has been remarkable, and while he leaves the Institute in the strongest position in its history, he will be missed by all of us.

Looking back, I would reflect on how the foundation of the Institute paved the way for other ‘think tanks’ and policy-based associations. There were few such organizations in the period after World War II, and the vision of Walter Paepcke was to establish a values-based, nonpartisan forum where thought leaders could assemble and discuss the meaning and value of ‘the good life.’ This was the Institute’s first Golden Age.

The second Golden Age for the Institute has been under Walter Isaacson’s similarly visionary leadership. Since Walter became President and CEO –– leaving a career in journalism that included posts as Managing Editor of TIME magazine and Chairman and CEO of CNN –– the Institute has grown in eminence, reach and accomplishment. It remains a venue for leaders of diverse skills and views to address some of the world’s most complex problems. Walter’s vision, energy and intellect have driven the Institute to have a global footprint, powerful impact and to establish itself as a trusted voice. On behalf of the entire Board of Trustees, I know we feel privileged and grateful to have had Walter as our leader for the past 14 years.

Thanks to Walter, the Institute has established an enduring culture where exceeding expectations has become the norm. He and his team imagined, developed and realized the renowned Aspen Ideas Festival and a robust array of other public convenings. This list includes: a global leadership network of fellows; new policy programs on critical issues as diverse as cyber security, health and medicine, and race and identity; a new emphasis on youth leadership and engagement; and an expansion of international partnerships operating throughout the world.

In addition, his vision inspired support of the Institute whereby its financial health has never been stronger. This has enabled an expansion and renovation of the Institute’s Aspen Meadows campus in Aspen, CO, greater presence throughout the world, and an extraordinary accumulation of new talent on its staff. The financial support that the Institute has received from its donors, philanthropic partners, and corporate underwriters during Walter’s tenure has been exceptional. The Society of Fellows donor group, for example, has multiplied almost ten-fold since 2003 and now is the source of some $5 million annually.

These successes will live on after Walter’s retirement. The Aspen Ideas Festival is heading into its 13th year this coming summer. The success of that gathering has spawned multiple other public programs: CityLab, the Washington Ideas Forum, the Aspen Security Forum and the Inequality and Opportunity Summit, to name a few. In addition, the Resnick Aspen Action Forum has become an inspiring annual gathering of our global fellows looking for ways to strengthen their own and each other’s commitments to giving back to society in meaningful ways. Our international family of Aspen Institutes has more than doubled since 2003. Partners in Germany, France, Italy and Japan have broadened their activities to mirror what we offer in the United States, including seminars, public and policy convenings, and programs for young leaders. The Institute has also helped create partners in India, Romania, Spain, the Czech Republic, Ukraine and Mexico.

At the heart of the Institute’s founding was the belief that business leaders ought to reflect on how they lead and how they could give back to society. In 1997, the Henry Crown Fellowship was created to engage young entrepreneurs and business leaders who had found success but wanted to make a more meaningful difference in their world. By 2003, the Institute had five fellowship programs and 193 leadership fellows. Today, the Aspen Global Leadership Network comprises some 2,450 active fellows from 52 countries, including China, India, Central America, Africa and the Middle East.

Walter has proven that an organization like the Aspen Institute can continue to serve as a positive force in our world. His intellectual breadth and understanding of history have profoundly informed his commitment to moving from thought into action.

Both through his writings –– he is the author of numerous books, including bestselling biographies of Henry Kissinger, Benjamin Franklin, Albert Einstein, Steve Jobs, with one forthcoming on the life of Leonardo da Vinci –– and as a spokesperson for public issues of consequence, he has been an important voice in the critical national and global debates of our time.

Throughout the last 14 years, Walter’s family has been his anchor and support. His wife, Cathy, has been a significant partner in his presidency and enabled many of these successes; his daughter, Betsy, is a source of great pride and a reminder of the importance of younger generations.

With all of these accomplishments and contributions in mind, I join my fellow Trustees, the senior management team, and the staff of the Institute in accepting Walter’s decision. He is entitled to declare victory with all he has accomplished. We are in awe of his transformative leadership, express our gratitude for his extraordinary service, and affirm our complete confidence in the future of the Institute that he will leave behind.

Below are a few thoughts and reflections on Walter’s leadership from Trustees and friends of the Aspen Institute:

“Walter breathed new life into the Aspen Institute. He brought brains, brilliance, and energy to a beloved institution. His endless curiosity was reflected in the myriad programs that make up the Aspen mission. Walter will always be an inspiration to those who want to think about how to improve our vision and our capacity to make a difference in the world around us.”
– Madeleine Albright, Former US Secretary of State; Aspen Institute Trustee

“For a dozen years, The Atlantic –– and I –– worked by Walter’s side as he created the Aspen Ideas Festival. The largest learning: Walter Isaacson is as perfect as to character, integrity and constancy as he is magnificent as to original creation. The Lord double-clicked as to talent when he created Walter Isaacson.”
– David Bradley, Chairman and Owner, Atlantic Media

“Walter has been an extraordinary leader for the Aspen Institute. He has brought energy, focus and clarity to its mission. The best that can ever be said of a leader is that he left an institution better than he found it. That can be said emphatically of Walter’s tenure. We will miss him but I know that he will stay involved and committed to the Aspen Institute and its work.”
– Condoleezza Rice, Former US Secretary of State; Aspen Institute Trustee

“Fourteen years ago, Walter Isaacson came to the Aspen Institute.  Every day since his arrival, Walter has brought us his wisdom, balanced judgment, and wide-ranging and forward-looking lens, enriching this institution in far-reaching ways. We have benefited from his scholarly, always erudite perspective laced with his down-to-earth everyman overview. Today’s Aspen Institute is a product of all that is Walter. We have gained –– and the larger community has gained –– tremendously from his illustrious work. Whether addressing pressing world issues in a forum of statesmen and leading thinkers, or tackling challenges in his beloved New Orleans, he brings wisdom to the greater good. We as a community, and the world at large, are better for having had this distinguished author and scholar and lifelong defender of exalted human values as our leader and friend.”
– Robert K. Steel, Partner and CEO, Perella Weinberg Partners; Chairman Emeritus, The Aspen Institute

The Aspen Institute is an educational and policy studies organization based in Washington, DC. Its mission is to foster leadership based on enduring values and to provide a nonpartisan venue for dealing with critical issues. The Institute is based in Washington, DC; Aspen, Colorado; and on the Wye River on Maryland’s Eastern Shore. It also has offices in New York City and an international network of partners. For more information, visit www.aspeninstitute.org.