HomeWe can’t look to government to save us

We can’t look to government to save us 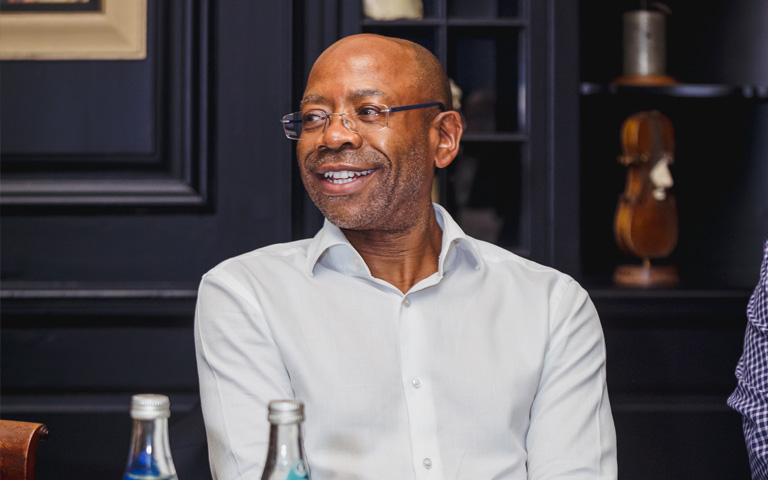 Academic, author and business leader Bonang Mohale explored the state of our nation at an ALISA Dialogue. And it is, by general consensus, in a very poor state indeed. Mohale did not hold back criticism against those in government who pillage national funds, leaving nothing with which to provide essential services. Will a new political party or business provide solutions? Mohale says yes and no. It depends on their moral compass.

As Prof Mohale detailed South Africa’s crises, it was hard to find the silver linings. At the time of the Dialogue, KwaZulu-Natal was buckling under May’s destructive floods. Heavy rains are a feature of the region’s climate; stormwater drains should be able to contain the worst of it – but, as Prof Mohale pointed out, these drains are blocked with grass. So the streets flooded, and the toll mounted. And the reason for this is not the heavy rainfall, but the years of graft and corruption. “When you steal money, eventually it runs out. There is no money left to provide services.”

But the bigger issue, he said, moving on to State Capture, is the very many people who have been exposed as having stolen money, who are not in jail – indeed, many of them remain in leadership roles in government. Despite the Zondo Report’s 400+ days of hearings, more than 300 witnesses called at a cost of R1bn, and 1 438 individuals and companies named for aiding and abetting state capture; impunity still rules the day.

Disgust with the failure of the ANC-led government was a theme of the Dialogue. The poor quality of RDP houses. The state of the Post Office. The dismal experience at Home Affairs. The fact that in the face of industrial-scale looting Shamila Batohi “goes into this with a penknife, and the others are pulling out their bazookas.”

And so, said Prof Mohale, it is simply naïve to hope for government to lead the country to a better place, as so often promised by President Cyril Ramaphosa. The President – who has the sole prerogative to appoint his Cabinet – opted to retain 20 of the 30 “thieves” he found there. “This ANC government does not have the political will, nor the leadership, nor the appetite, nor the inclination” to fix this, said Prof Mohale.

Can we look to business?

Well, yes and no.

Business is not exempt from the moral degeneration of which we see traces across the board. Zondo, Prof Mohale pointed out, had some choice words about businesses which aided and abetted state capture. Yet, business has huge potential to provide some solutions.

For business to earn the moral right to step up, therefore, the Dialogue agreed it needed to regain its integrity, and earn back respect and reputation. The first step to this, said Prof Mohale, was for bodies like Business Leadership (BLSA) to be true to its moral compass, and to hold members responsible.

Could another political party make a difference?

Again, this is a yes-and-no discussion. There is certainly a sense, especially after the fracturing evident in the last municipal election round, that our formal options aren’t serving us well, and that people are looking and hoping for something different. And there is certainly fund-raising going on, and evidence that money is available to fund a new political party.

What’s missing, however, is ideas associated with that funding.

So where does that leave us?

As the Dialogue drew to a close, some concrete suggestions were thrown around about steps business could take, especially in the case of multinationals, to focus on people, and to manage profit expectations in the interests of sustainability.

There were also concrete suggestions about actions government could take, for instance in the realm of land reform, such as giving tenure to allow land to become a foundation for building resilience and wealth.

But the truth is, we are all in a state of existential shock, as wave after disappointing wave of evidence rolls in about the apparently irreversible moral decay of our leadership. More discussion is needed.