HomeWhat if there were no whites in SA? By Ferial Haffajee

What if there were no whites in SA? By Ferial Haffajee 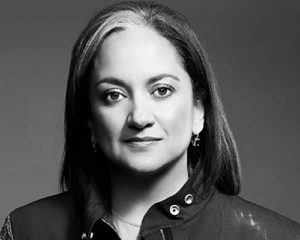 Ferial Haffajee examines South Africa’s history and present in light of the provocative question, ‘What if there were no whites in South Africa?’, as she traverses the rocky terrain of race in our country and grapples with what it means to be here

The #RhodesMustFall movement used the colonial-era statue of Cecil John Rhodes to focus on the incomplete journey of transformation at the University of Cape Town.

As the numbers of black students grew over the years at UCT, so did the issues they faced, including cultural alienation, study costs, the dominant culture of the campus, the plight of black academics (and their paltry representation).

The monument becomes the beachhead that contains all the grievances, and students demand #RhodesMustFall. The ANC’s policy on apartheid’s physical legacy and heritage was interesting.

The party decided that the heritage of the past would live in the present (statues, buildings, monuments) as a reminder of the past so it would not be repeated but also as a symbol of strength.

Keeping them in place was not to valorise or honour what Rhodes or Louis Botha or Jan van Riebeeck symbolised, but as a sign of confidence.

In 2015, that decision was reinterpreted as weakness and as evidence that the first transition had been one of compradors and collaboration with an evil past.

It had yielded to a transition and a constitution that contained way too many compromises to make sense to a generation of students who threw poo at the statue as a symbol of their rejection of the entire transition from apartheid to democracy.

It was a turning point where the language of compromise and detente that had formed the basis of what many regarded as South Africa’s miracle transition was now being pooh-poohed by a generation who had been born free and into what we thought was a country of opportunity.

This is a generational shift, and a seismic one at that, in how South Africa’s transition is understood. It’s interesting to me that while Frank Chikane – liberation theologian, politician and democratic South Africa’s second director general of the Presidency – is a father of democracy, it is his son, Kgotsi Chikane, who is leading the #RhodesMustFall movement, a second transition.

In former EFF MP Andile Mngxitama’s words: “It was always about preserving white civilisation, ultimately. Because if this liberation movement was devoid of white anxiety (or anxiety about whites), it would have spoken in a different language.”

So, as I pursue my quest of understanding why I feel almost completely out of step with a generation I venerate, I realise that what we are living through is a generational shift. Those of us who admire South Africa’s transition and have studied the masterclass in pragmatism that underlined the painstaking negotiations for freedom are regarded as outmoded by a young, new establishment. We are regarded as compradors for striving for diversity and non-racialism. Non-racialism is, to all intents and purposes, dead.

And there is an additional trend I learn upon reflection. My experience of freedom has completely shaped my political views and respect of the transition and the new system of laws and opportunities that fundamentally moulded me. I am meant to write my own story in a separate book but I am completely stuck because writing about my childhood stunts me every time I start.

The feeling that hijacks me each time is of having terrible migraines from walking too far every day to get to school and too far to get to madressa (Islamic school). Writing about that time reawakens that pain and I can’t or won’t. I’ve shaken the migraines now, but I feel blinded still by the memory of them and by the weight of a too-heavy school bag on my back. As I wrote this, it clicked why absent-minded me will leave the house without most important things, but never without my sunglasses – I have a fear of sun in my eyes branded there by those migraines that taunt me still in my dreams.

I don’t know how to describe feeling want and need and deprivation and how to write now, without hurting people I love and of hurting me, of the unprocessed pain of being lumbered with concerns too big for a child. I don’t know how to write about muddled child feelings when you knew you shouldn’t trouble your stressed mother and penniless father, but your shoes now have holes in them and they really can’t make that long, long walk.

I don’t know how to write, at any length, about the impact of Bantu Education on me – that I feel shame, still, because I don’t know algebra or geometry; that I don’t know the great philosophers and philosophies as well as I should despite half a lifetime of reading because these concepts are best threaded into developing brains while at school.

And I am dead scared writing this book because I do not believe I have the analytical fluidity that will make it pass muster by the professorial. And the reason I do not have that is because I was impaled by Bantu Education and then by an insipid experience at Wits, which I abhorred. I only grew into what I could be when I started at the Mail & Guardian, so I find it very difficult to write about what I was.

But I have written words galore and made scores of speeches on the impact of freedom on my life. If it had not been for freedom, I would be living a nightmare that I dreamt too often before the glimmer of change appeared on my horizon. From the time I turned 13, I went out to look for work after school and at weekends because I couldn’t ask my parents for the things teenagers need. With a friend, we beat the streets and found part-time work in Joburg central, at Woolworths and Scotts and other spots.

I hated it so much. The tedium of passing hours, of being subservient and being paid a pittance – I dreamt at night that this was to be my life and bit my lip (as I still do now at the thought) and prayed that it shouldn’t be. And it so easily could have been.

When I was even younger, I would go to work with my dad at a clothing factory in lower Doornfontein. It made panties, really cool tracksuits and onesies, and I would count them and pack them and earn something from his generous Jewish boss.

It could so easily have been my life if freedom had not arrived. So I thank the leaders, the guerrillas, the activists who gave us freedom, and the ANC, too, for it completely deepened and lengthened my horizons and opened up unimaginable vistas from the times I spent at Georgie-Porgie (the clothing factory) and Woolworths in Hillbrow, asking people their bra sizes or lining up matronly clothes by size. 32. 34. 36. 38. 40.

Freedom has allowed my self-actualisation – to put it in the pop ways of the talks I do: without it, I would not have this dream job. With some 25 years of being a journalist, I still marvel every day at the sheer joy of earning my living by doing something I love: stepping into different worlds and then communicating those to readers.

I can support my mom (my dad died a decade ago and left an insurance policy of R10 000, no medical aid and no pension). I have a tiny house and a 2004 black Jeep, but mostly, I have well being, a situation that evaded me for all of my growing up years. You only know the fundaments of security when you don’t have it. And I can pay it forward.

So, I feel free and I feel like freedom worked for me. I understand it personally and this has influenced my world view and my politics. I am my politics and my understanding of freedom.

For the generation whose thoughts I am seeking to understand, it is different. Gugulethu Mhlungu looks to all intents and purposes like a person with absolute agency, with wide vistas of opportunity and options laid out before her like a buffet of freedom’s goodies, but this is my view and one with which she has serious differences.

“And one of the reasons I could do sort of decently was the man was nice enough to let us use his internet. The fact that your gran has a decent employer is a massive privilege given what the stakes are.

“And this is the thing (with) the black middle-income class (we’re not a real middle class); we’re struggling with this kind of privilege, it’s not institutionalised, it’s not generational but we certainly have a kind of privilege that poor South Africans don’t have.”

Andile comments: “It’s absolutely dangerous for black people to generalise their experiences. For instance, Ferial feels that she has overcome all these things. I’m sure I live better than my brothers and the people I come from. I would say maybe 95% of my schoolmates from the farm end up either on the farm as farmworkers or in the township, or they’re just f***ed. When I talk to them, we come from different worlds. I’ve forgotten everything about my upbringing with them because so much life has happened for me, right? I can’t now say we had equal choices; we didn’t.

For me the political is intensely personal – freedom has been good for me and to me. I know it’s not the same for many, many South Africans, but there are enough of us who have benefited from freedom to build on it. Yet, the generation that so interests me for its absolute rejection of black empowerment and its insistence that we live in a time of white supremacy do not see themselves as an embodiment of the defeat of whiteness and white supremacy.

* This is an extract from What If There Were No Whites In South Africa? by Ferial Haffajee published by Picador Africa at a recommended retail price of R220.

Haffajee is one of South Africa’s pre-eminent newspaper editors, currently editor-in-chief of City Press, and a board member of the World Editors Forum and the International Press Institute.

She is the lead judge of the CNN Multichoice African Journalist of the Year Awards and has received multiple local and international awards for her work on media freedom and journalistic independence as well as her reporting. This is her first book