HomeWhy do some countries remain poor?

Why do some countries remain poor? 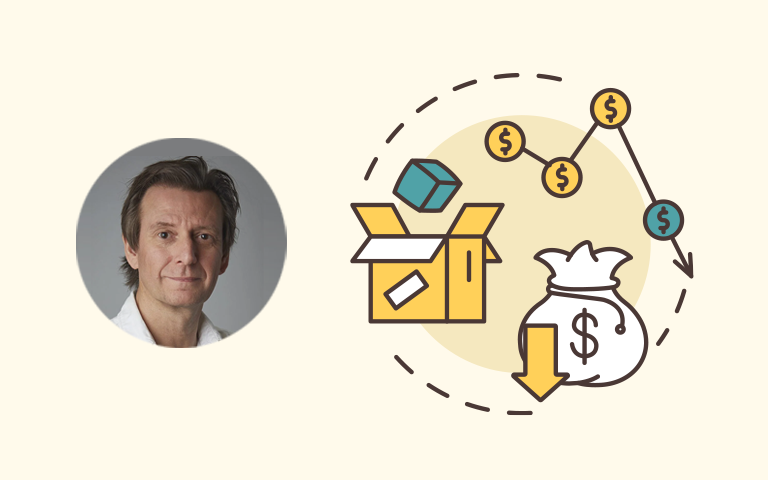 As part of the Rachman Review podcast series David Pilling, Africa editor of the Financial Times, asks Stefan Dercon, professor of development economics at Oxford University why some countries stay poor while others find a rapid path towards growth and development. Professor Dercon has made a life study of this question and wrote the book, Gambling on Development, as an attempt to solve the riddle.

In recent decades, several countries in Asia have made spectacular strides. From South Korea to China and from Vietnam to Bangladesh, nations have embarked on a fast growth trajectory that has slashed poverty levels and improved the lives of millions of people. Yet in one region of the world, success stories have been harder to find.

From the late 1950s African countries gained independence in a blaze of optimism. More recently, there was a huge buzz around the idea of Africa rising. Christine Lagarde, former IMF chief, said “it’s really something that we have seen in reality”.

Yet the truth is that few, if any, African countries have achieved anything like the economic take-off that has had such a dramatic impact elsewhere. Since 1990, only two African countries, Ghana and Ethiopia, have halved levels of extreme poverty – defined as living on less than $1.90 a day. In seven countries, including Nigeria, the Democratic Republic of Congo, and even relatively dynamic Kenya, the number of people in extreme poverty over that period has actually doubled.

The high concentration of extreme poverty is becoming a cause for concern. Today, the continent is home to more than 60 per cent of the world’s extremely poor and this rate is expected to rise to 90 per cent in 2030, according to the World Bank. This development is all the more worrying, as Africa only had 25% of the world’s poor in 1990.

The question is: why?

Is this the legacy of colonialism in Africa? And if so, is there really nothing leaders can do to transform their economies and societies? Or, as the extraordinary recent growth in countries like Bangladesh suggests, is there a path to development for states that were once written off?

Stefan Dercon, who has been pondering this question, says he had an epiphany in Kinshasa when he was asked (as chief economist of DFID) to go to the prime minister’s office and meet with his core team.

“So there were all these people smartly dressed, incredibly eloquent, and for two, three hours they explained to me all their plans for Congo. I was listening to them and thought: this high quality stuff, probably the best analysis that existed at the time on Congo. They could be proud of their proposals. And yet,  I remember walking out of the meeting thinking: Wow, this was amazing theatre. I didn’t believe at all that anything was going to be implemented.”

And a few weeks later Dercon was in Ethiopia, sitting in a meeting with the Prime Minister and his advisers. They were explaining their plans for growth and development. “Listening to them, I remember thinking: This is actually slightly dodgy economics. This is really not at all perfect. But I also remember walking out of that room and thinking, it is probably going to work! They’re going to make it work!”

What distinguished Ethiopian plans for Congloses plans was the simple fact of will. The Ethiopian government was of the intention to work hard at their plan and to correct it where needed. Dercon pointed out that the DRC didn’t really have much productive growth in the last decades. Meanwhile Ethiopia became the fastest growing economy in the world between 2010 and 2020. Why? It is simple, really: they wanted to make it work, and they were willing to offer the state’s capabilities, however limited, to try to actually implement their strategy.

Dercon explains that Ethiopia’s success was not about perfect economics. The fundamental commitment of senior politicians and other business leaders is what is needed.

How do we escape poverty?

According to Dercon it’s hard to think of escaping from very high levels of extreme poverty in a country, unless we actually get the economy to grow. Countries that historically have managed growth for about 30 years at about 7 per cent per capita seem to be countries that are taking off. Seven per cent is quite a lot but actually, that’s what these East Asian economies were achieving in that period. We have to consider progress in health, in education, progress in a number of different indicators. “Take-off means you get your economy to grow, but you also make sure that the lot of the poorest groups in your society is actually improving as well.

The elite gamble on growth

In his book, Dercon talks about the elite gamble on growth and development. Why on earth would an elite (let’s say a state with oil resources) take a gamble on development if things are going quite well from their own very narrow perspective?

Dercon uses Nigeria as an example:

Nigeria earns something like $500 per person on oil revenue each year, $500 is not that much, but take into account that there are 200 million people in Nigeria. If you don’t divide it among 200 million people, but say you divide it up among 200 000 people, these 200 000 each have half a million. Why would these 200 000 people with power and influence in Nigeria bother with change and risk their own comfort on development?

“Unfortunately I think that’s what’s happening there, but that is why it is so remarkable if at some point elites decide to actually try and gamble on growth. So let me give an example where I think this is happening: China. In 1979, Deng Xiaoping and other people in the parties basically decided: ‘we are going to take a gamble on growth and development’. It worked.”

In Ghana in the 1990s, after Jerry Rawlings allowed multiparty democracy to come back, to avoid instability the elites said, well, let’s give this system a chance and let’s make the best of it. Ghana’s growing quite well now. Poverty has come down quite significantly. It is not a perfect country – there is corruption, but there is also striking progress.

Who are the elite?

Those people with power and influence, says Dercon. “Not just the political class on its own, but also the connected businesses. It’s often the military as well, and civil society, or perhaps public intellectuals. In my book, I have to come to the conclusion that progress is possible, even if the elite is actually still quite narrow. You don’t have to have all these things perfectly in place in terms of broad representation, broad inclusion, before the beginning of take-off can happen.”

There is no one recipe for growth and development

In his book Dercon says there is no recipe. A country does not need to be a democracy or autocracy. It doesn’t need perfect institutions or a free market economy. Dercon suggests each country should cut its policy according to its cloth.

“We do not need perfection before we can start. If we have to wait until there are perfect institutions, nothing will happen. If you read Yuen Yuen Ang’s book, How China Escaped the Poverty Trap, she strongly argues that the institutions in China in 1979 were pretty messy and pretty weak.”

When it comes to aid, one has to be careful as well. “Aid for most countries in the world has actually not been a big force for change. To simply say every country in the world will develop thanks to massive amounts of aid, is not a good idea. One needs to find the best way of growth and development in your own context. Indonesia is a good example. They are now far more democratic now than what they were before 1997. They allowed themselves to find a way that works for them. They use the IMF, of all institutions, very effectively as part of their learning and correction curve.

In Dercon’s book a couple of the countries that come across moderately well are Ethiopia and Rwanda, but from 2020, Ethiopia has descended into a civil war, and it could be pointed out that Rwanda is an authoritarian society. What will happen post Paul Kagame?

Dercon admits that he talks a lot about Ethiopia, Rwanda, Kenya and Ghana, but he wants to emphasise that African countries shouldn’t mould themselves to look like any of the above – “they would go wrong”.

Dercon is cautious to use Rwanda as an example. “Progress is being made, but I definitely don’t want to encourage people to say you must be authoritarian to be successful, because autocracies may sometimes do well. But we know from the data they also can do really terrible things in their own societies and economies.”

History really matters in African countries as it matters all over the world. But Dercon looks across the continent and points out that despite all this, some countries are clearly doing better than others. I want to applaud those countries that despite of all awful stuff that happened to them, do a lot better.

What makes aid so contraversial?

Let us turn to aid. If it’s a matter for elites internally to decide we are going to go for growth and development in the interest of our country and our people, then is there a role for aid at all, and could it not play a negative role? One might argue it’s better to go cold turkey, pull the plug and force elites to make this bargain.

“The way I look at it,” Dercon argues,”is when you have in a country, an elite, that is committed to growth and development, I think an international community should be willing to give it aid. A country that shows signs of trying to move forward like a Ghana, like Ethiopia in that particular period, like a Bangladesh, will be using the money well, because fundamentally they want the same thing as those who are providing the aid.

“But yes, one should be very cautious of those places where the elite clearly doesn’t want to progress. I am cautious about, say, a country like Malawi. We have just too many incidences of policymaking that is clearly not developmental and actually just keeping the self-interest of groups of people going. Let’s gamble and support those countries where there are signs that they want to make progress, and be more careful in other places.”

The striking case of Bangladesh

Bangladesh had really fast growth, starting somewhere in the mid 1980s. We can commend their goverment who didn’t try to stop growth when opportunities arose.

Dercon points out three factors contributing to this country’s growth:

“I would also say more and more places in the world are showing signs of it”, says Dercon. “Change is happening.”