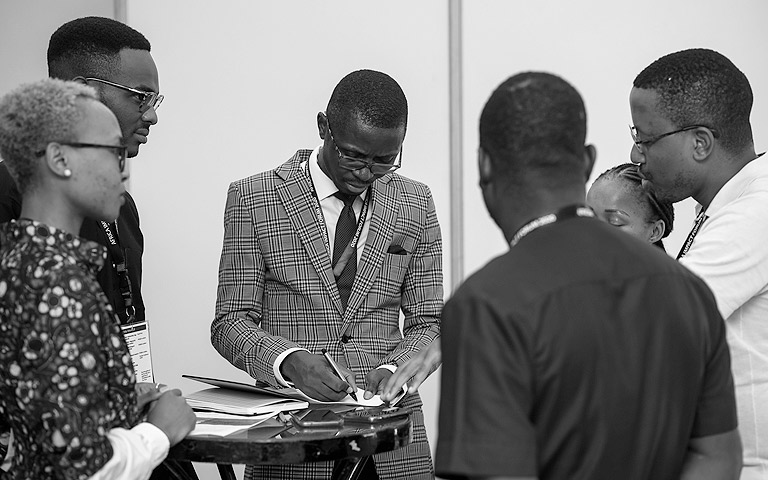 The AIF 2020 took place in Accra, Ghana, from the 26th to the 29th of February. ALI Fellows from South Africa, West Africa, East Africa and Mozambique came together to connect and engage on matters of significance regarding the continent. This year’s theme was Building to Last: Leadership vs. Systems. YALI Fellow Rorisang Tshabalala shares his thoughts on the youth panel discussion that took place at the Forum.

The framing of leadership vs systems is a false dichotomy; if we are going to build systems to last, we have to recognize that it is not a matter of choosing one or the other but rather one of becoming more effective at ensuring that the two work better together. Seldom are there vacuums in nature; there is always leadership present within a system.

We ought not to feel threatened by the “chaos” of youth; we ought only know how to build environments in which that energy can be harnessed effectively. As a research and development firm, Chapter One Innovation establishes “laboratories” in which the chaos of bringing new ventures to life at scale can be both contained and harnessed. Scientific, societal, cultural and even biological step-change progress happens in environments where chaos is effectively harnessed. The mother’s womb is a laboratory in which the chaos of conception is both contained and harnessed; in 9 months, a single cell goes through multiple explosions and separations as it transforms from a fertilised egg to a fully-formed human being. The mother does not see the wonders occurring in her womb as threatening; she finds them fascinating, she finds them exciting, they give her hope and she creates room for them within herself and protects them with her very life. On the other hand, the forming baby does not evacuate the womb until the process is completed, regardless of how much inherent potential and world-changing purpose that child has – a premature evacuation can be deadly to the child and his/her destiny.

FacebookTwitterLinkedinIn November 1916, Pavel Milyukov, recognising the inability of the Duma to do the right thing, asked whether that was driven by stupidity or treason. Here, i...

FacebookTwitterLinkedin Just under a year ago, in the first week of July 2020, the Minister of Mineral Resources and Energy gazetted the procurement of 2 000 MW of energy “from a...

Investing in After School Programmes to stem learning losses, fight fast-growing inequality and build back better

FacebookTwitterLinkedin by Sibongile Khumalo Seventy percent of South Africa’s children enrol in low and no-fee (quintile one to three) schools. Pre-COVID-19, less than a third o...